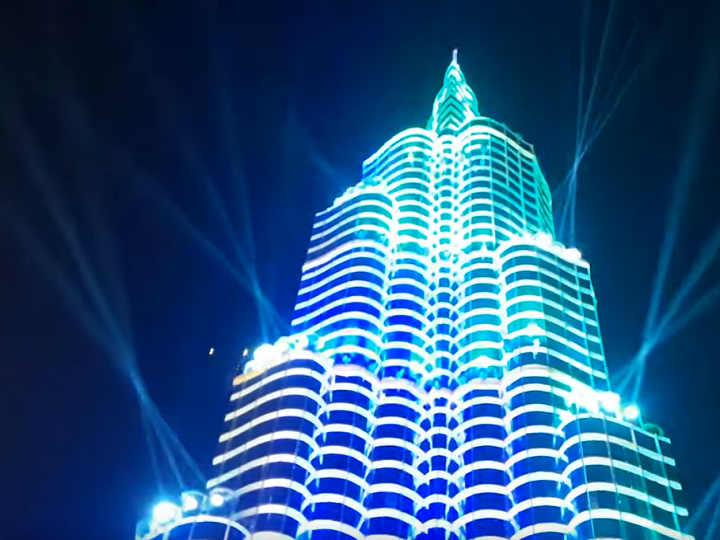 Kolkata: After three pilots complained about the laser light of Sreebhumi Durga Puja pandal, the puja committee has decided to keep the laser lights off.

According to airport sources, pilots from three different flights lodged complaints with Kolkata Air Traffic Control (ATC) on Monday and soon after that ATC had informed Kolkata Airport Authority.

According to a close aide of West Bengal Fire and Emergency service minister Sujit Bose who is a patron of the Sreebhumi Durga Puja had decided to close the laser lights of the pandal for the remaining festivities.

However, the puja organizers denied that there had been complaints and said they switched off the laser strobe lights to prevent overcrowding.

Notably, on October 9, West Bengal Chief Minister Mamata Banerjee had indirectly expressed her ‘displeasure’ of such a tall pandal and laser light within close proximity of the airport.

It is pertinent to mention that so far the maximum footfall has been in Sreebhumi puja pandal just to see Burj Khalifa in Kolkata.

TMC minister Sujit Bose claimed that he had sent the workers who had built the pandal in Dubai so that the exact replica can be done to please the visitors.