HomeIndiaWest Bengal: Is Rajib Banerjee going back to TMC? His latest tweet gives a hint

West Bengal: Is Rajib Banerjee going back to TMC? His latest tweet gives a hint

According to Mukul Roy he wasn’t informed about the meeting but BJP West Bengal chief Dilip Ghosh claimed that Roy was aware of the meeting.

On the other side, Rajib Banerjee who also didn’t attend the meet apparently as his relative was unwell, later on took to social media and maligned BJP leader Suvendu Adhikari and stated that the people of West Bengal will not take BJP’s claim of imposing Article 356 in the state as the government is formed due to the landslide votes given by the people.

Incidentally, Nandigram MLA Suvendu earlier this day met Union Home Minister Amit Shah and then said that the condition in West Bengal is worst for even imposing Article 356.

Notably, speculations were on regarding Rajib and Mukul along with Mukul’s son Subhrangshu Roy that they might defect back to the ruling Trinamool Congress. 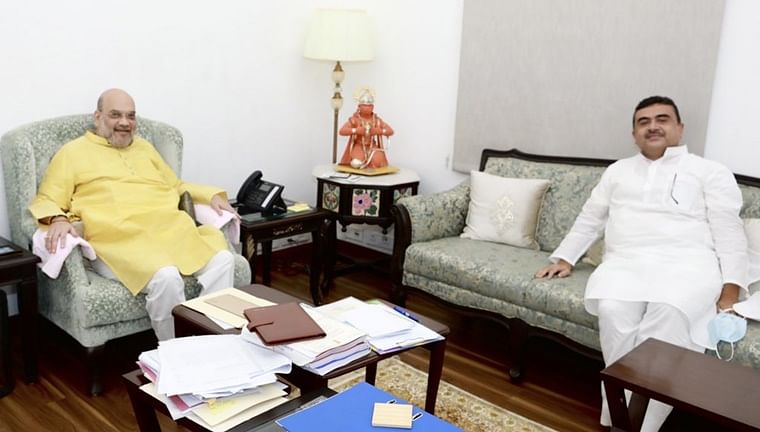