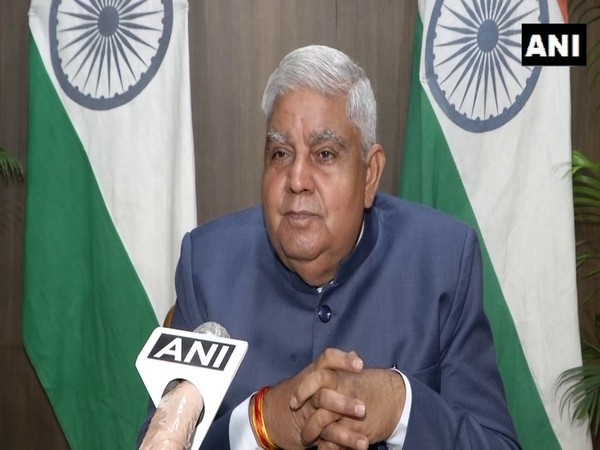 West Bengal Governor Jagdeep Dhankhar on Friday urged the youth to protect human rights of people adding that violence is "antithetical" to democracy.

"Having seen the trauma of post-poll violence in the state of West Bengal, the extent of it, the spread of the horrors of it, I can tell you violence is antithetical to democracy," he said during the inauguration ceremony of 'Swatantryaveer Savarkar Smruti Abhinav Bharat Vyaspeeth', a four-day lecture series organised by Navalmal Firodia Law College, Pune.

The Governor further said violence has no place in a civilised society and in our cultural ethos. "It is unfortunate that in certain parts violence has taken draconian shape and post poll violence is an extent of it," he added.

In his appeal to the youth, Dhankhar said, "I call upon the youth to rise to the occasion to ensure we get rid of the violence in our society. The youth have to play on the front foot for this and they are imminently suited to do that." He also emphasised that no democracy can have any meaning unless there is protection of human rights of citizens.

"Human Rights are the most basic rights. There are areas were human rights are being compromised," said Dhankhar.

Speaking to media persons after the event, the governor hoped that the youth will follow his advice.

"Only youth can stand against the people who spread violence and put our achievements down. I told them to protect human rights. I hope today's youth will listen to my request," he said.

These statements come a day after Calcutta High Court ordered a court-monitored Central Bureau of Investigation (CBI) probe into the incidents of post-poll violence in the state.

The High Court also ordered to set up Special Investigation Teams (SIT) for investigation and senior officers from West Bengal cadre will be a part of the team.

Several incidents of violence have been reported at various places after the announcement of the Assembly poll results on May 2, after which a four-member team deputed by the Ministry of Home Affairs also visited the post-poll violence-affected areas.