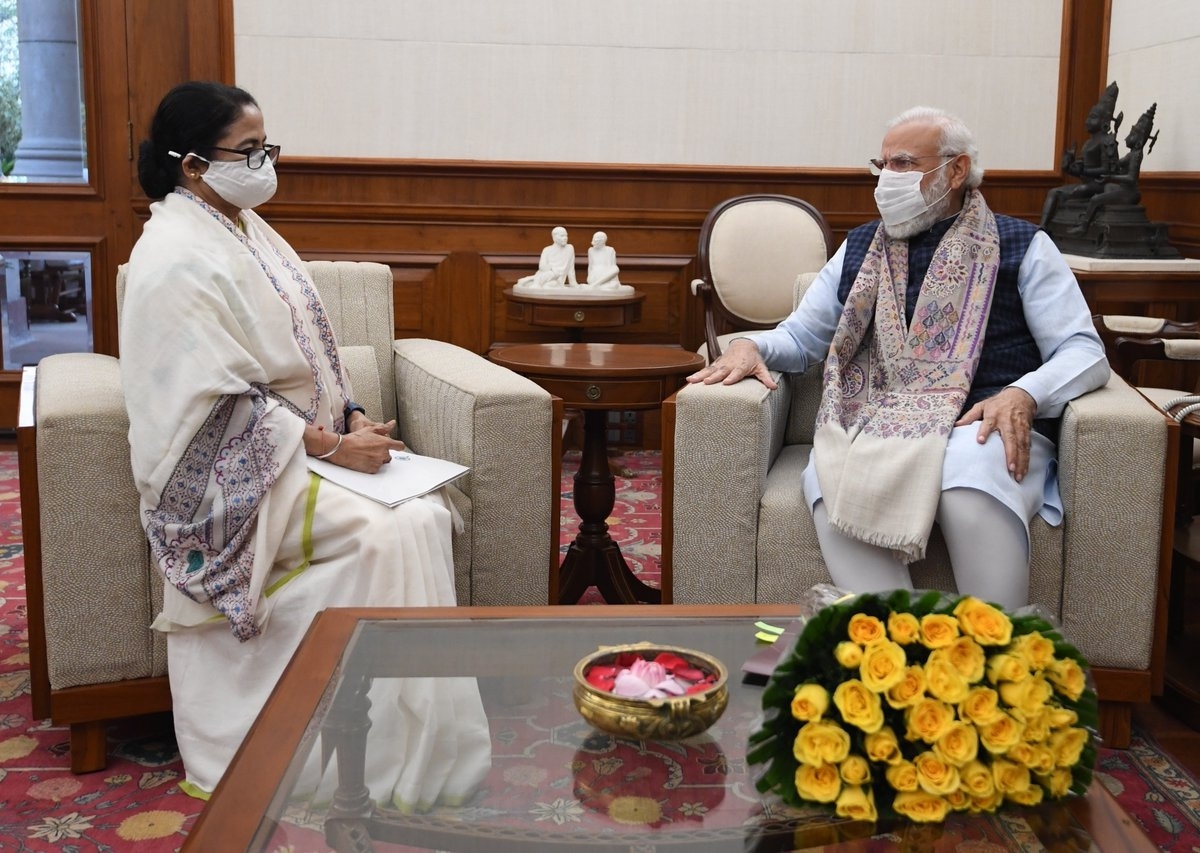 West Bengal Chief Minister Mamata Banerjee on Thursday met Prime Minister Narendra Modi in Delhi at 5 pm. Both PM and CM and held discussions over a number of state-related issues. Notably, this is the first meeting between the top leaders since the West Bengal assembly polls which were held earlier this year.

Mamata Banerjee post her meeting with PM Modi while talking to the media in Delhi said, "I met Prime Minister Narendra Modi today over a number of state-related issues." "We also spoke on the BSF's jurisdiction extension issue and demanded that this decision be withdrawn," the Trinamool Congress chief added.

Before the meeting of two leaders, it was speculated that Mamata Banerjee would be discussing several important issues like the extension of the territorial area of the Border Security Force, the recent political violence in Tripura and the dues of the state which according to the Trinamool government are pending with the Central government.

I met Prime Minister Narendra Modi today over a number of state-related issues. We also spoke on the BSF's jurisdiction extension issue and demanded that this decision be withdrawn: West Bengal CM Mamata Banerjee in Delhi pic.twitter.com/rbSorskUNA

Banerjee had earlier criticised the Centre and the BJP government in Tripura for unleashing violence on the Trinamool Congress and had said that she would talk to the Prime Minister on this issue.

Speaking to the media before going to Delhi on Monday evening, the Chief Minister had said: "I shall speak to him on the extension of jurisdiction by the BSF. They are bulldozing the states in the name of cooperative federalism. This cannot continue. I shall speak to the Prime Minister about it," she had said.

She had expressed her displeasure regarding the recent violence in Tripura just before the civic polls.