Addressing a press conference, West Bengal BJP Chief Dilip Ghosh said that from September 17 to October 7 the day he became Gujarat CM for the first time.

Meanwhile, West Bengal BJP Chief also took potshots at the TMC, while reacting to a newspaper advertisement by the Uttar Pradesh government in which the photo of a Kolkata flyover was seen.

“Except syndicates and cut money and vandalism nothing has been done by the TMC government. Several developmental projects across West Bengal were commissioned by the former Left Front government whose credit TMC Supremo Mamata Banerjee had taken,” said Ghosh.

Notably, on Monday the Trinamool Congress had done a RTI to know the reality whether the picture featuring Kolkata flyover was given by the Yogi government or was it a mistake of the newspaper. 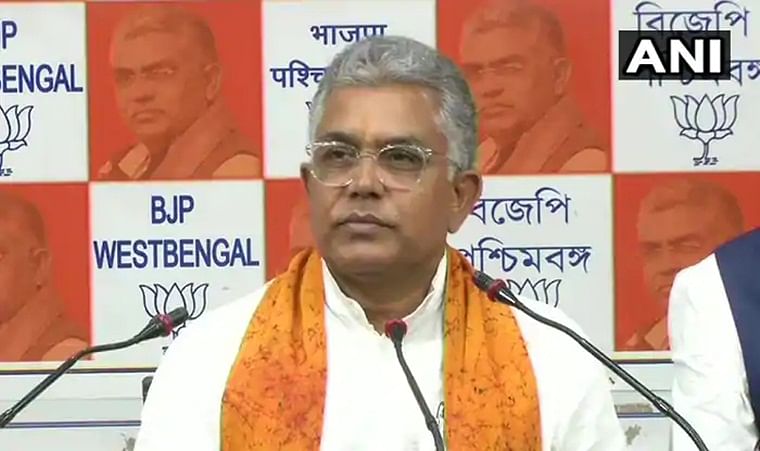 ‘Incidents of shooting by anti-socials are occurring every day’: BJP questions law and order...