On the other side, BJP’s celebrity candidate from Behala (East) Payel Sarkar claimed that she was allegedly assaulted by the TMC cadres as she campaigned for the polls

BJP candidate at Dum Dum Archana Majumdar while campaigning claimed that the TMC cadres had used unparliamentary language and even tried to beat up her supporters as she campaigned for the polls.

On the other side, BJP’s celebrity candidate from Behala (East) Payel Sarkar claimed that she was allegedly assaulted by the TMC cadres as she campaigned for the polls.

“While campaigning I was assaulted and then later when I went to the police station to complain the local councilor barged in and had threatened me of dire consequences. The TMC cadres are not even allowing the BJP candidates to campaign,” claimed the actor-turned-politician.

TMC candidate Ratna Chattopadhyay however turned down BJP’s claim by stating that the TMC cadres didn’t do anything and also that the ‘drama’ done by Payel to ‘get limelight’ is best suited in movies.

Meanwhile, turncoat leader Rajib Bandhopadhyay was also not allowed to enter Domjur area by police while he was campaigning.

Read Also
West Bengal Assembly polls: TMC goons to be in jail within a month of BJP coming to power, says Yogi... 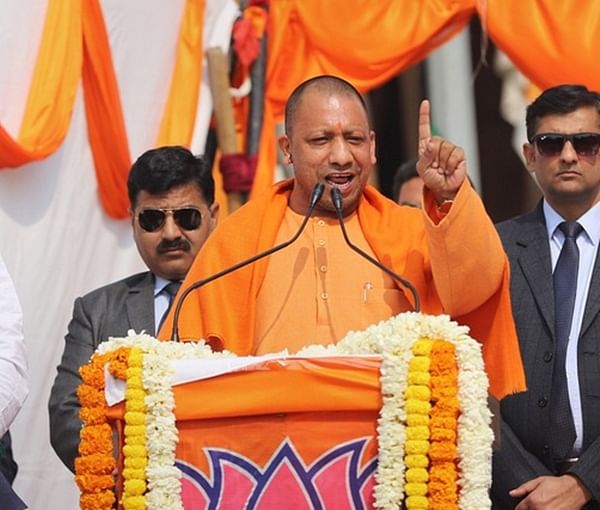 Later, while demonstrating on the road for not being allowed to enter the premises, Rajib claimed that he too believes the BJP has a good chance in Howrah.

“The TMC police can no longer dominate BJP cadres. You will see the results of Howrah district and other places of Bengal. I will go to other places in the state after the fourth phase. I am sure the BJP will come to power,” claimed the former West Bengal forest minister.

The 16 seats of Howrah vote in third and fourth rounds of the eight-phase elections.

The BJP leader Suvendu Adhikari while addressing a press conference also claimed that he had to cancel several public meetings as the administration tactfully denied permission to hold rallies.

Read Also
Is he god or superhuman: Mamata Banerjee takes swipe at PM Modi for predicting BJP victory in West...