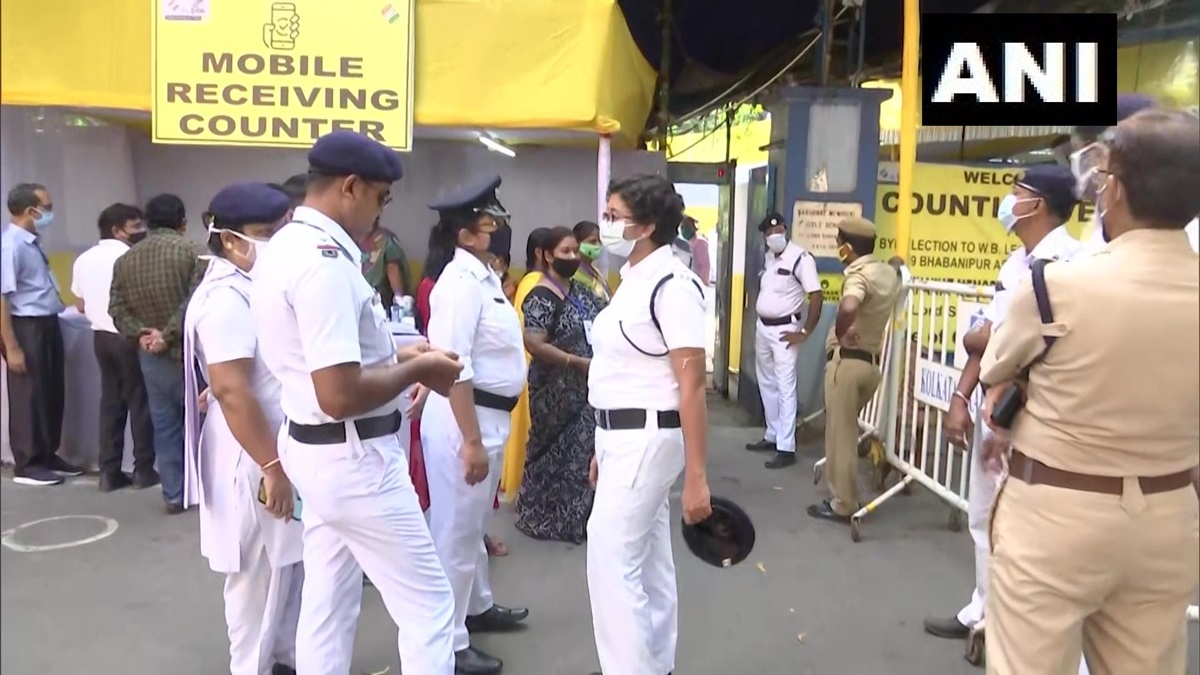 Counting of votes for the Bhabanipur bypoll as well as Jangipur and Samserganj assembly elections in West Bengal began at 8 am on Sunday amid tight security.

Chief Minister Mamata Banerjee, who had lost the assembly elections from Nandigram earlier this year, is up against BJP's Priyanka Tibrewal and CPI(M)'s Srijib Biswas in Bhabanipur in south Kolkata.

The Election Commission has made arrangements for a three-tier security at the counting centre set up at Sakhawat Memorial Girls High School in Bhabanipur, where 24 companies of central forces have also been deployed.

Eight CCTV cameras have been fitted at the EVM strong room and the results will be declared after 21 rounds of counting. Prohibitory orders under Section 144 CrPC have been imposed within 200 metre radius of the counting centres at all three constituencies that went to the polls on September 30.

The bypolls were held for Bhabanipur in South Kolkata and Jangipur and Samserganj seats in the Murshidabad district of the state.

Mamata Banerjee had lost to BJP's Suvendu Adhikari in the Nandigram constituency in the assembly elections held earlier this year. The Bhabanipur assembly seat was vacated by the West Bengal Agriculture Minister Sobhandeb Chattopadhyay in May, paving the way for Mamata Banerjee to contest the bypoll.

Bharatiya Janata Party (BJP) has fielded 41-year-old Priyanka Tibrewal, a lawyer, against the TMC chief. CPI(M) has fielded Srijib Biswas, who is also a lawyer. Congress did not contest the seat.

Trinamool Congress had registered a landslide victory in assembly polls winning 213 of 294 seats in the West Bengal assembly. The BJP won 77 seats.