Watch Videos: NC, PDP workers stage protest in Srinagar against recommendations of Delimitation Commission; here's all you need to know 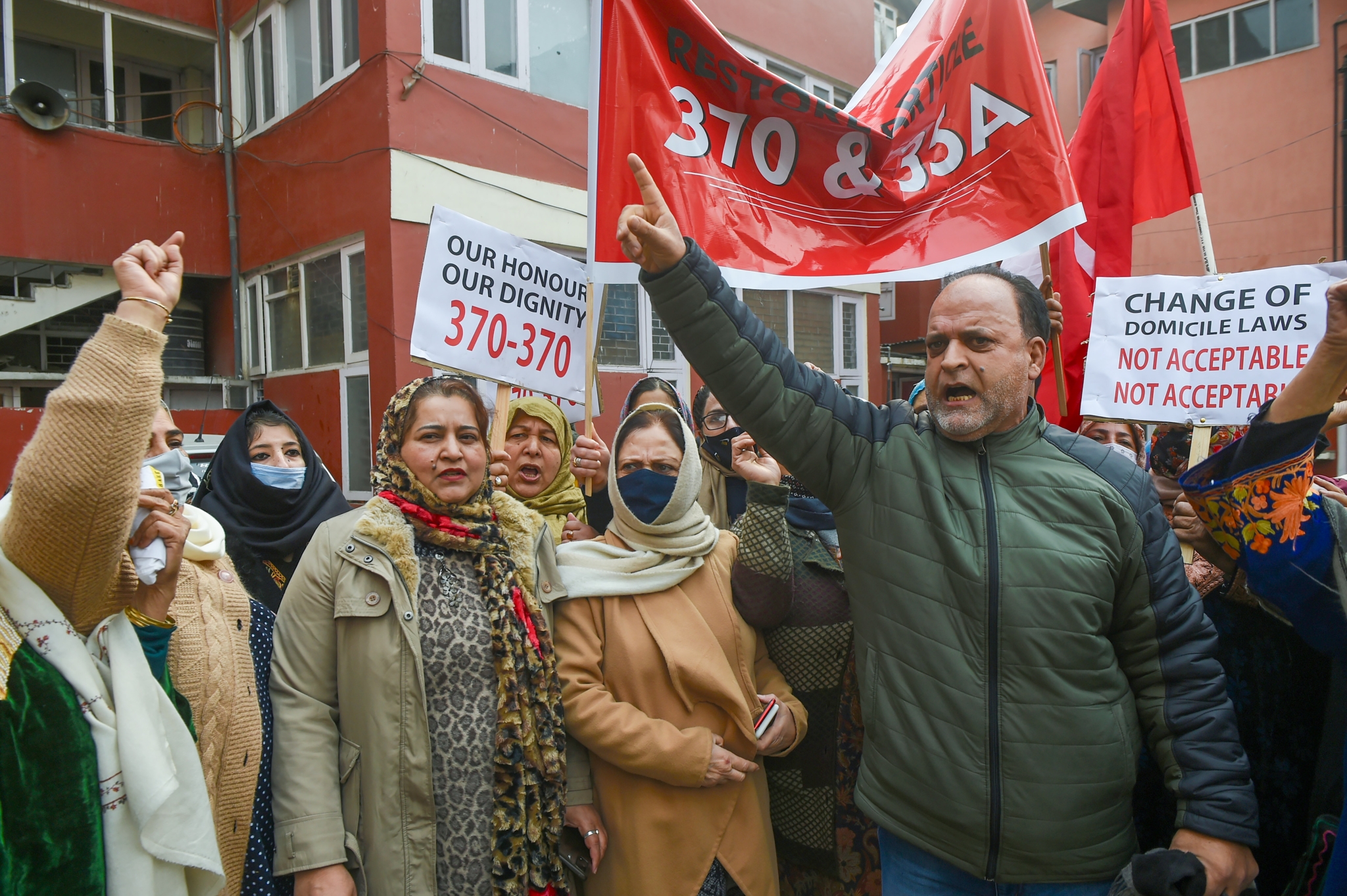 Workers of the National Conference (NC) and the Peoples Democratic Party (PDP) on Saturday staged a protest in Srinagar against the recommendations of the Delimitation Commission.

"Well done to my @JKNC_ & @YNCJK colleagues for managing to come out & register our protest about all that is being done to disempower the people," tweeted former Jammu and Kashmir chief minister and NC vice-president Omar Abdullah.

PDP chief and former Jammu and Kashmir chief minister Mehbooba Mufti wrote: "Despite the despotic administration’s attempts to foil our protests, PDP & NC workers managed to hit the streets in Srinagar today to raise their voice against the illegal revocation of Article 370. I salute their courage & resolve."

This came after People's Alliance for Gupkar Declaration (PAGD) leaders, including Omar Abdullah and Mehbooba Mufti, were detained ahead of a march to protest against the recommendations of the Delimitation Commission.

Taking to Twitter, Omar Abdullah said the move was an attempt to scuttle the peaceful protest planned by them.

"Good morning and welcome to 2022. A new year with the same JK police illegally locking people in their homes and an administration so terrified of normal democratic activity," Omar Abdullah tweeted.

"Trucks parked outside our gates to scuttle the peaceful @JKPAGD sit-in protest. Some things never change," he said.

Abdullah, whose father and veteran politician Farooq Abdullah heads the PAGD, claimed, "Talk about a lawless police state, the police have even locked the internal gate connecting my father's home to my sister's. Yet our leaders have the cheek to tell the world that India is the largest democracy, hah!!"

"This is where the situation gets worse when people are not even allowed to express their opinion before the public," he added.

Former chief minister Mehbooba Mufti had also been placed under detention. "A truck is parked outside my house too," she added.

"Keeping under house arrest prominent leader like Dr. Farooq Abdullah ahead of proposed sit-in protest against Delimitation Commission draft is a sham, unethical and against the basic foundation of the Indian democracy which stands guarantee to freedom of speech and freedom of expression to every citizen," Mir said in a statement.

He said the "house arrest" was indeed a "gift" on the New Year's occasion by the government and condemned the "illegal house arrest" of Abdullah and other leaders of the PAGD.