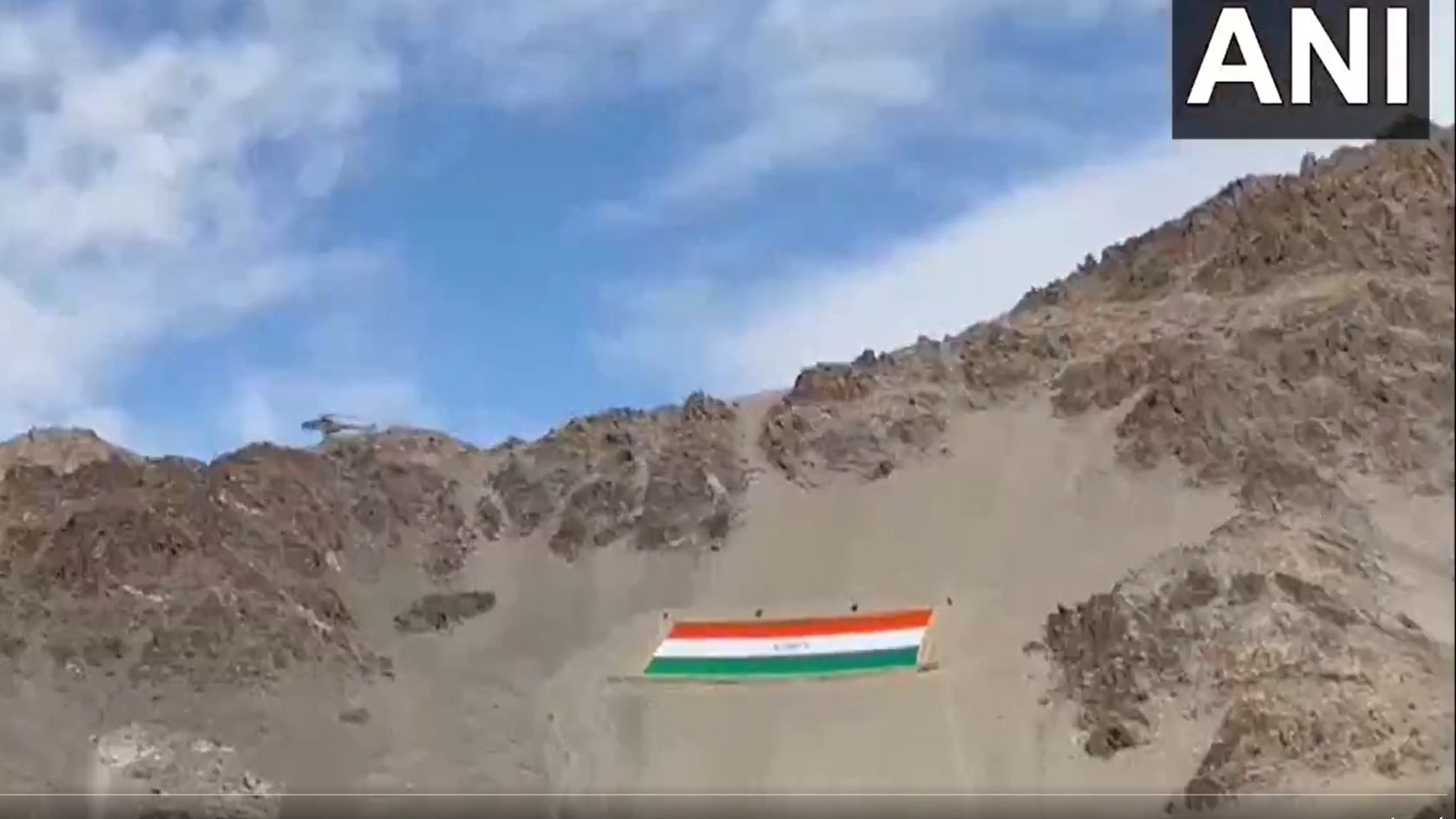 As the nation paid homage to Mahatma Gandhi on Saturday morning, officials in the northern Union Territory of Leh set a world record of sorts. The world's largest Khadi national flag was installed in Leh town, coinciding with Gandhi Jayanti.

The 225 feet long and 150 feet wide flag also weighs 1000 kg. According to a Prasar Bharati update, the flag had been been prepared by the 57 Engineer Regiment of the Army.

The event was inaugurated by Ladakh Lieutenant Governor RK Mathur with Army Chief General Manoj Mukund Naravane also present at the site. The army chief is on a 2-day visit to Ladakh and attended the event alongside several senior Army officials.

"It is a moment of great pride for that on Gandhi ji's Jayanti, the world's largest Khadi Tiranga is unveiled in Leh, Ladakh. I salute this gesture which commemorates Bapu's memory, promotes Indian artisans and also honours the nation. Jai Hind, Jai Bharat!" tweeted Union Health Minister Mansukh Mandaviya.

"Proud to share the unveiling of World's largest Monumnetal National Flag made of Khadi, today at Leh by Hon’ble LG Ladakh Shri RK Mathur ji. The Flag is made by KVIC and displayed by the Indian Army. The flag symbolizes India's vastness and creativity of Khadi artisans," tweeted Vinai Kumar Saxena, the Chairman of the Khadi and Village Industries Commission.