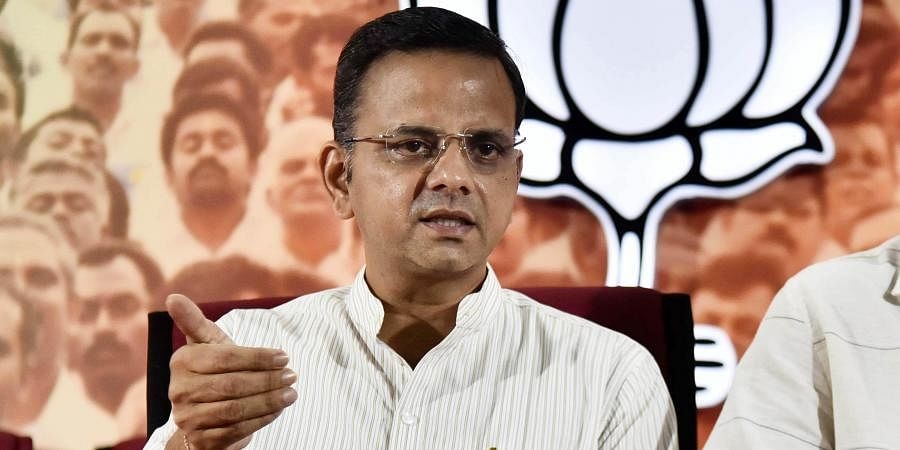 Chennai: Tamil Nadu BJP general secretary K T Raghavan, a prominent face of the party, resigned from his post on Tuesday, hours after a party member released on YouTube a sleazy video call showing Raghavan and an unnamed woman, who was described as a party district level functionary. While Raghavan claimed he will prove his innocence legally, party State president K Annamalai announced that his resignation was accepted and a panel will probe into the allegations. But on Wednesday, the functionary who released the clip, Madan Ravichandran and Venba, were dismissed from the organisation's primary membership.

Raghavan is a household name in Tamil Nadu thanks to his frequent appearances on Tamil television news channel debates representing the BJP over the past decade.

A party member, Madhan Ravichandran, who is also a journalist, claimed that Raghavan had indulged in inappropriate behaviour during a video call with the woman functionary. Claiming that he had similar sleazy videos of about 15 other party leaders, Madhan said he chose to release Raghavan’s video after Annamalai told him over a WhatsApp chat that he was free to release the video, “if you really want justice for the woman.”

But on Wednesday, Madan Ravichandran and Venba were dismissed from the organisation's primary membership. In a statement issued here, Tamil Nadu BJP said Ravichandran had met state President K. Annamalai and assured his cooperation to the committee headed party's State Secretary Malarkodi to study the truth behind the allegations.

However, since Ravichandran had recorded his views in the video that are against the party principles, he and Venba are dismissed from the party's primary membership.

Read full story in link below: