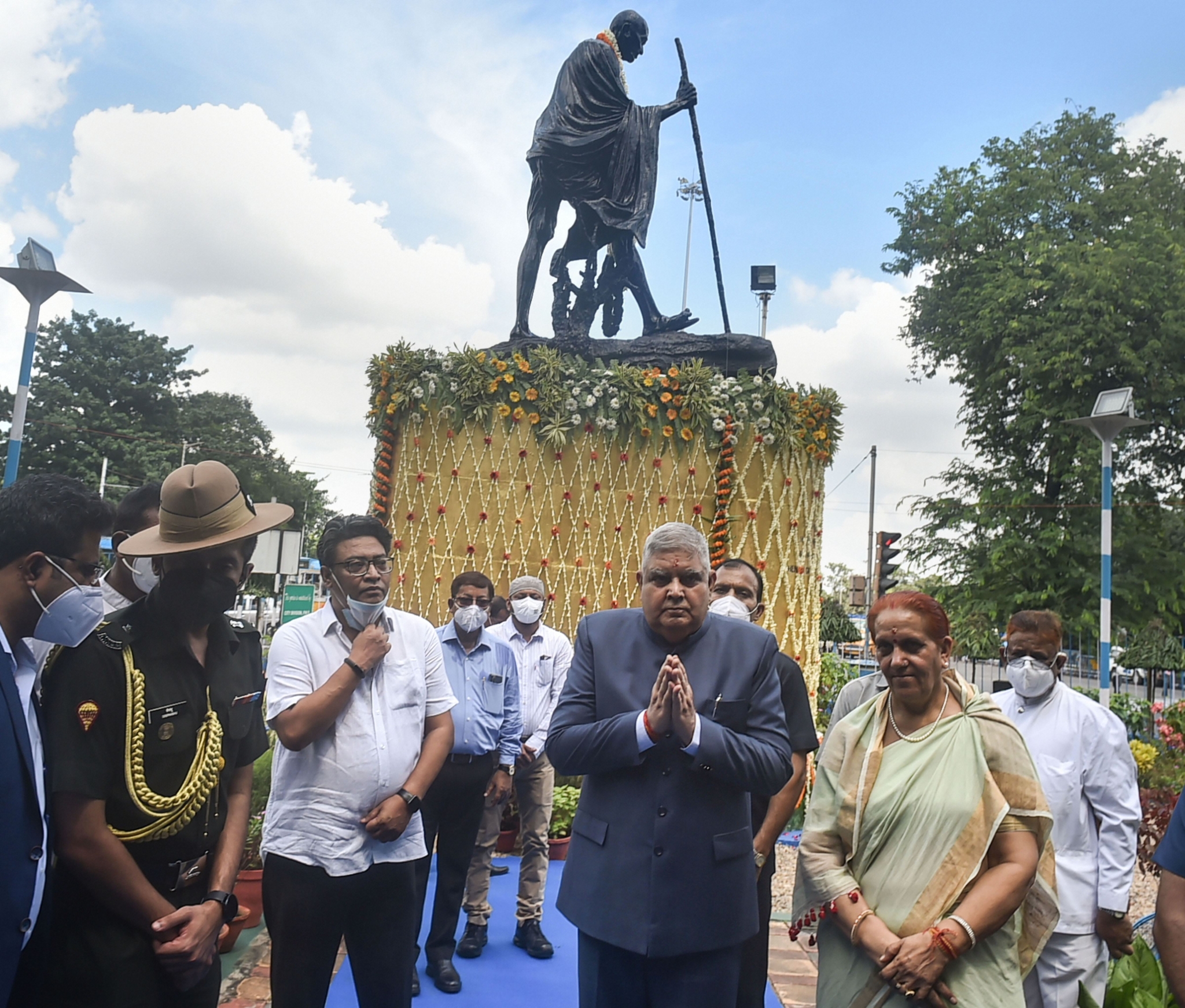 After paying respect to Mahatma Gandhi on his birth anniversary at Barrackpore, Governor Dhankhar said fear and violence free environment ensures the true essence of democracy.

“Befitting tribute to Bapu on Gandhi Jayanti 2021 -Resolve to practice and propagate his noble principles of peace and non-violence that are globally relevant,” said the West Bengal Governor.

Later taking to Twitter Dhankhar again tried to draw Mamata’s attention and wrote, “To blossom democracy and human dignity there is need to contain all pervasive fear and violence.”

The Governor was vocal about large-scale post-poll violence in Bengal, following the assembly polls leading to the war of words between the TMC government and Dhankhar.

Slamming Dhankhar, TMC spokesperson and state general secretary Kunal Ghosh said that the West Bengal Governor is ‘good for nothing’.

“The foolish good for nothing Governor is clearly acting as BJP cadre. Instead of being vocal against the Trinamool Congress government and mentioning the same on Twitter, Dhankhar should tweet the details that the BJP led central government had said about West Bengal. The central government had clearly mentioned that Kolkata is the safest city in the country,” claimed Kunal.