The video of the incident has now gone viral on social media, but none of the police officials were willing to comment on the incident

Unnao (UP): A video clip of a constable weeping inconsolably at a police station after supporters of a BJP leader allegedly misbehaved with him when he stopped their vehicle with a hooter on.

According to reports, the incident took place when some people, claiming to be relatives of a BJP MLA Ashutosh Shukla were stopped by the traffic constable for playing the hooter on their SUV which also had a BJP flag.

The traffic constable tried to take a photograph of the vehicle and at this, the occupants of the car lost their cool.

They lambasted the constable and threatened him with dire consequences.

They dragged him to the nearby police station where a panchayat was convened in the presence of the inspector.

Even in the police station, the MLA's relatives flexed their muscles while the traffic constable wept inconsolably while narrating the manner in which he had been roughed up.

The video of the incident has now gone viral on social media, but none of the police officials were willing to comment on the incident. 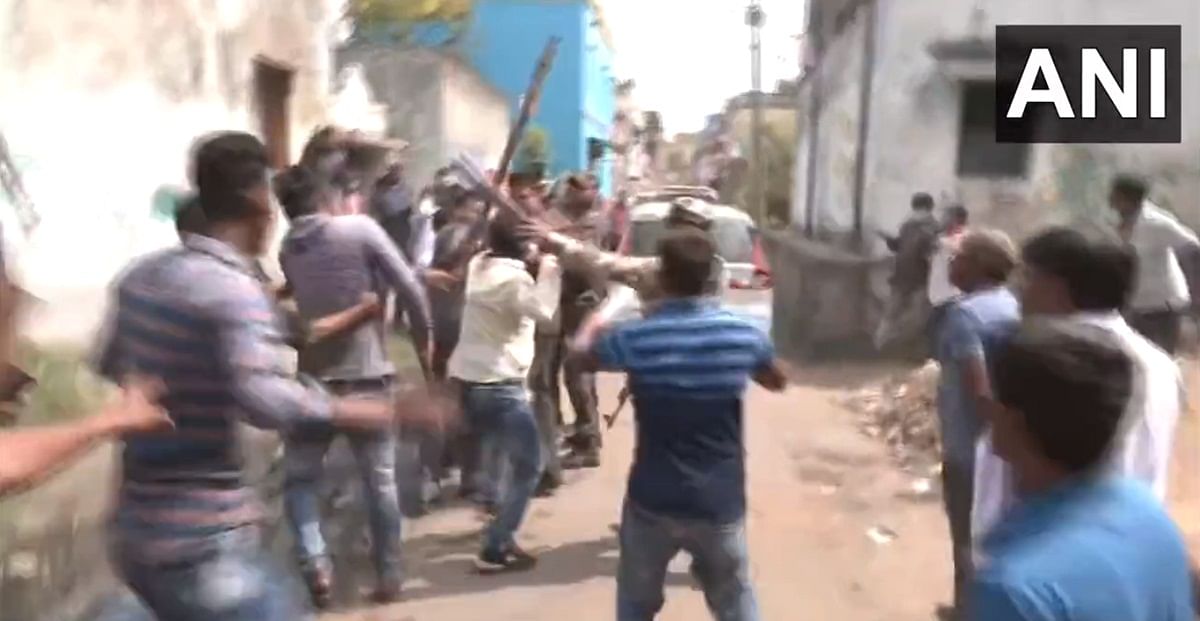