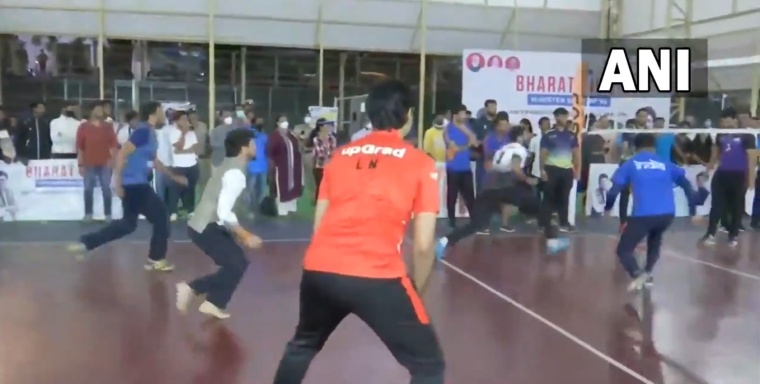 Thakur has always been enthusiastic about various sports activities, as at different events, the sports minister has displayed his skills. Anurag Thakur recently showcased his exceptional skipping skills during the launch event of the Fit India app. He had shared a video from the event on Twitter in which he can be seen showcasing his skills and it had left netizens mighty impressed.

Take a look at this video of Tejasvi Surya and Anurag Thakur:

Today, Anurag Thakur urged all the sports federations to formulate big plans for 2024 and 2028 Olympics so that India improves its position further.

"All the sports federations have to play an important role and we have to work together to formulate a big project so that in 2024 and 2028, India's position improves further," Thakur, who also holds the Information and Broadcasting portfolio, told reporters.

The Minister recalled that when he was in the flight, people came and complimented him saying that India has done well in the Olympics and Paralympics.

He said the response cricket used to get is now seen for Olympics games.

India won seven medals in the Tokyo Olympics including one gold and two silvers, while in Paralympics this year, the country won 19 medals including five gold and eight silver.

Since making its first appearance at the Paralympics in 1968, India had won 12 medals in total till the 2016 Rio edition. The country has now massively improved upon that entire number by 7 medals at the Tokyo Paralympics 2020 alone. Out of a total of 162 nations, India have finished 24th in the overall medal tally, while its accomplishment of 19 medals is ranked 20th based on the number of medals.