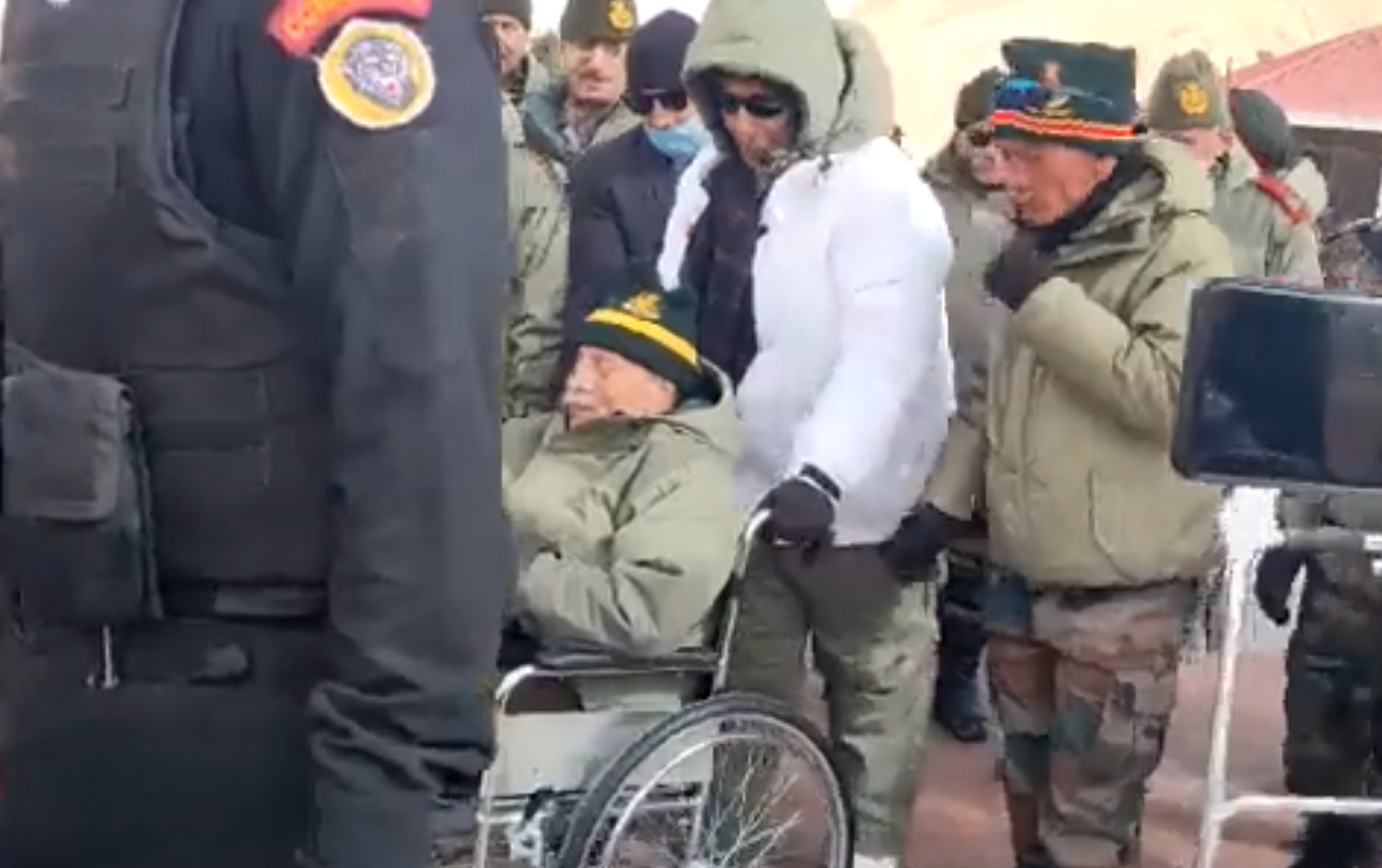 Union Defence Minister Rajnath Singh on Thursday inaugurated a revamped war memorial in eastern Ladakh's Rezang La, the site of an epic battle at an altitude of 18,000 feet where over 100 Indian troops inflicted heavy casualties on the Chinese military 59 years ago displaying indomitable grit and bravery.

The battle of Rezang La is largely considered as the finest moment for the Indian Army in the India-China war six decades ago.

Paying his tributes to the fallen heroes, Singh described the monument as an example of the determination and indomitable courage displayed by the Indian Army that he said is not "only immortal in the pages of history, but also beats in our hearts".

The Union Defence Minister said the "battle of Rezang La is considered one of the 10 greatest and most challenging military conflicts in the world".

"The historic battle of Rezang La, fought at an altitude of 18,000 feet, is difficult to imagine even today. Major Shaitan Singh and his fellow soldiers fought till 'last bullet and last breath' and wrote a new chapter of bravery and sacrifice," he said.

"I am saluting the 114 Indian soldiers who made supreme sacrifices in the 1962 war after reaching Rezang La, located amidst the inaccessible hills of Ladakh," Singh tweeted.

Meanwhile, the Union Defence Minister was also seen escorting Brigadier (Retd) RV Jatar, a veteran of the 1962 war, to the iconic site.

A video of Singh pushing the wheelchair of the war veteran was posted on Twitter by PRO Udhampur, Ministry of Defence.

"Brigadier(Retd) R V Jatar of 13 Kumaon, who bravely fought in the 1962 Sino-Indian conflict, being escorted by Raksha Mantri Shri @rajnathsingh," the tweet read.