British Prime Minister Boris Johnson on Thursday arrived in Ahmedabad, Gujarat to begin his long-pending trip to India that was delayed due to the pandemic. Johnson is on a two-day visit to India during which he will focus on economic ties and the war in Ukraine.

On the first day, Johnson will be in Gujarat, where he is set to announce investments in science, health and technology collaborations. On Friday, he will meet Prime Minister Narendra Modi in Delhi and hold talks on economic, security and defence ties.

Johnson visited Mahatma Gandhi's Sabarmati Ashram on Thursday morning. He was accompanied by the Gujarat Chief Minister Bhupendrabhai Patel and was presented with a copy of The Spirit's Pilgrimage written by Madeleine Slade (or Mirabehn), who was a British supporter of Indian independence and a disciple of Mahatma Gandhi.

Guide to London, one of the first books written by Mahatma Gandhi (which was never published) will also be gifted.

“It is an immense privilege to come to the Ashram of this extraordinary man, and to understand how he mobilised such simple principles of truth and non-violence to change the world for the better," the Prime Minister wrote the visitor’s book at the Ashram.

Senior state officials and ministers were also present to receive him.

The British prime minister was greeted by troupes performing traditional Gujarati dances and music at the airport and along the road as his convoy headed for the hotel.

The `roadshow' started outside the airport and passed through Ashram Road via Dafnala and Riverfront.

As many as 40 platforms were erected at regular intervals on the four-km stretch from the Airport Circle to the five-star hotel on Ashram Road where again troupes performed traditional Indian dances to welcome Johnson.

During his day-long stay in Gujarat, the British prime minister is scheduled to have a closed-door meeting with prominent business leaders from the state, sources said.

After that, he will head for a manufacturing facility of JCB, a British construction equipment firm, near Halol in Panchmahal district.

The British PM will then visit the campus of under-construction Gujarat Biotechnology University in Gandhinagar as the varsity is coming up in cooperation with the UK's University of Edinburgh, a Gujarat government release said.

The British PM would visit the famous Akshardham temple of the Swaminarayan sect in Gandhinagar before winding up his Gujarat visit and leaving for New Delhi. 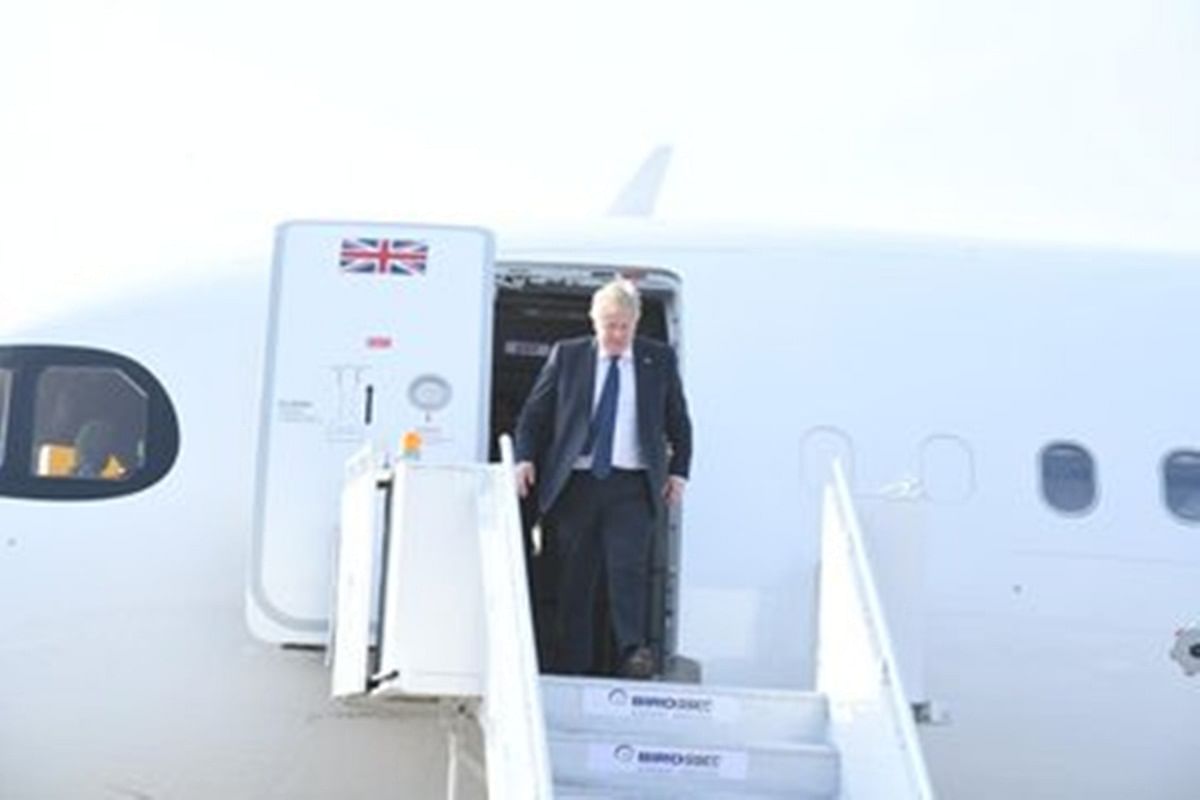