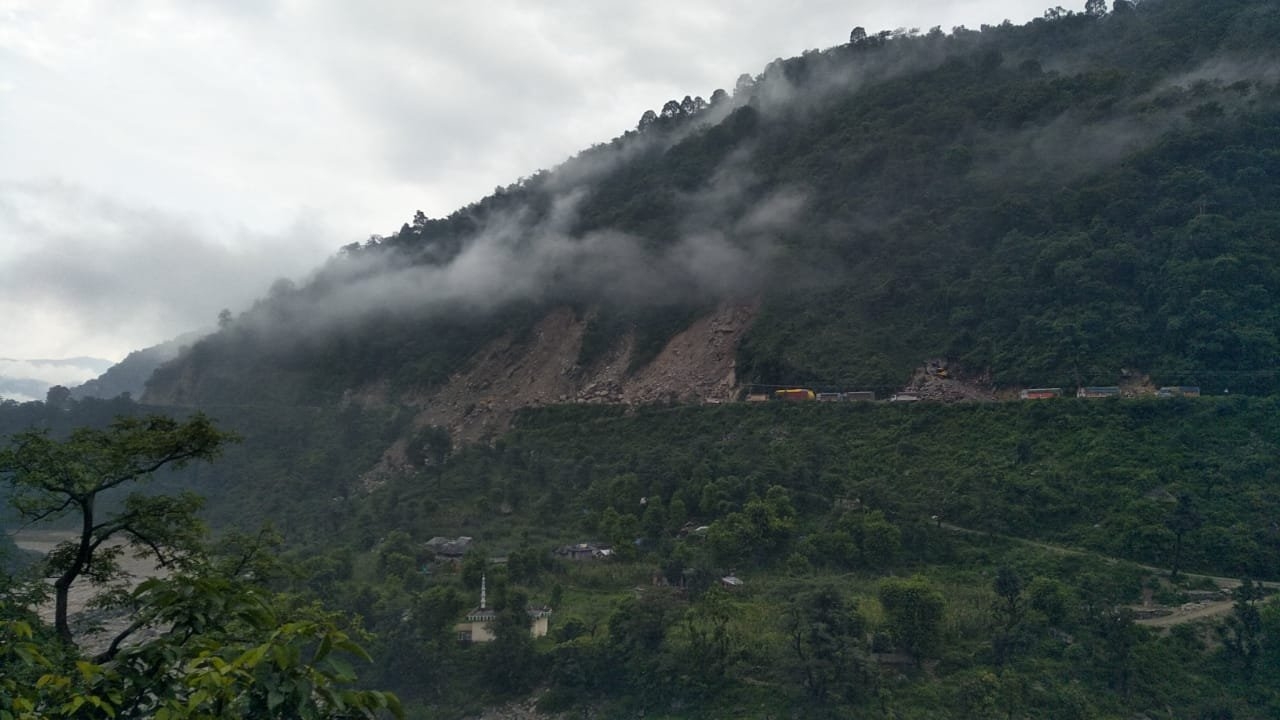 Two national highways in Uttarakhand were blocked on Friday after heavy rainfall led to movement of boulders and rubble. While National Highways 94 and 58 have been shut, and the situation remains grave on routes too. The blockages have since forced some commuters to seek out alternate routes, often risking their lives.

"NH 58 and 94 are closed, the situation is bad in the alternate routes too. Only one route is functional for now. Efforts are underway to clear the routes. The officers concerned are present at the spot and making continuous efforts," said District Magistrate of Tehri Garhwal Iva Ashish Srivastava.

A large part of the road in Phakot on NH 94 was washed out on Friday. The adjoining road has also developed cracks, causing continuous road breakage in Nagini. Heavy debris and boulders have come up at many places near Narendranagar, which are being tried to be removed by machines. On the other hand, due to the high traffic load on Chamba-Mussoorie road, there is a situation of jam.

"From Thursday we have been facing the situation yet the concerned administration has not yet have made any arrangements," Sunil Rautela, a local told ANI.

"The mountain areas are very much dangerous and local people are having trouble to commute from the place," he added.

Meanwhile in neighbouring Himachal Pradesh vehicular movement has finally resumed along the Chandigarh-Manali National Highway, some 24 hours after a landslide. NH-3 had been blocked due to a landslide between Aut and Pandoh in Mandi district. Several vehicles had been stranded, and traffic had to be diverted to the Kataula route.