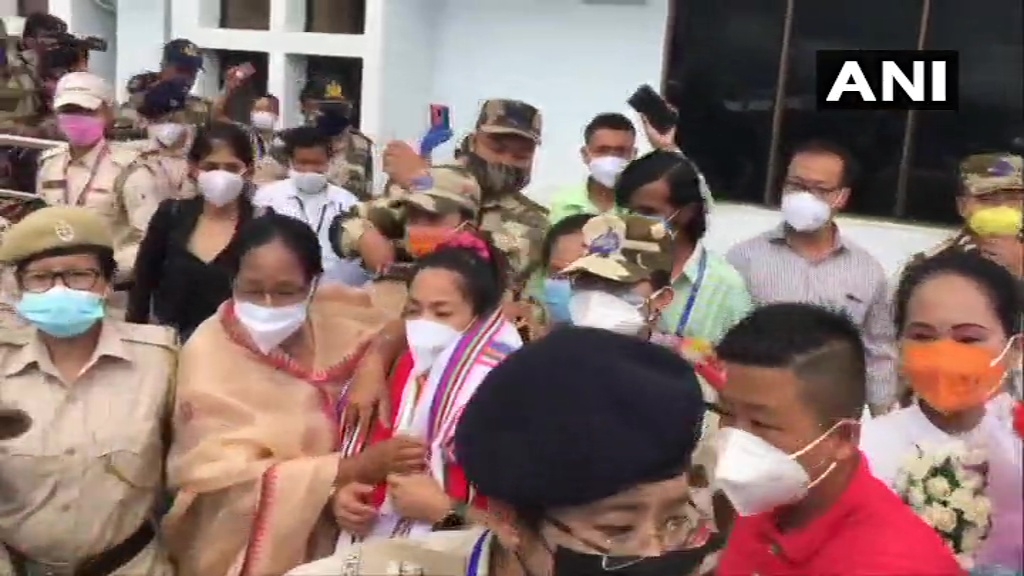 Olympic silver medalist weightlifter Mirabai Chanu arrived in Imphal, Manipur on Tuesday to a roaring welcome at the airport by people. Manipur Chief Minister N Biren Singh also arrived at the airport to receive her.

Chanu on Monday was greeted with enthusiasm and cheers from fans and staff at the Indira Gandhi International Airport in Delhi upon her arrival from Tokyo Olympics where she won a silver medal.

Chanu walked out of the Indira Gandhi International Airport, flanked by security and clad in a face shield and mask.

She was greeted with chants of 'Bharat Mata ki Jai' and felicitated by officials of the Sports Authority of India among other.

Union Railway Minister Ashwini Vaishnaw on Monday felicitated weightlifter Mirabai Chanu who won a silver medal in the Tokyo Olympics, and announced a reward of Rs 2 crore and a promotion in her job in the Northeast Frontier Railway.

Dedicating her victory to the prayers and love of Indians, Chanu said her dreams were shattered after Rio Olympic, but hard work, dedication and encouragement by Prime Minister Narendra Modi helped in bringing the first medal for India from Tokyo.

"Happy to be back here in amidst so much love and support. Thank You so much", Chanu wrote on Twitter.

Chanu has also been a former world champion and a Commonwealth Games gold-medallist. 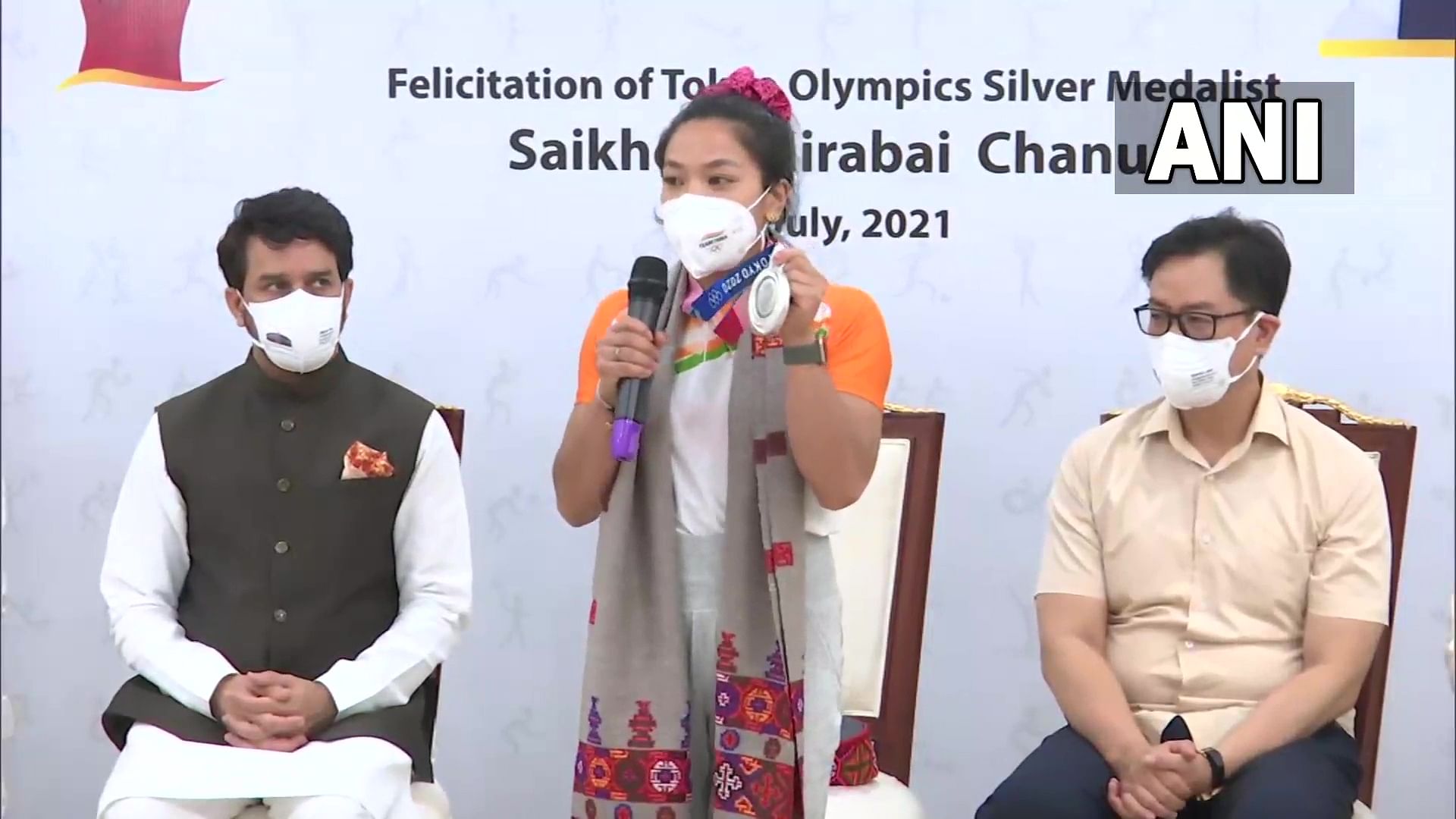