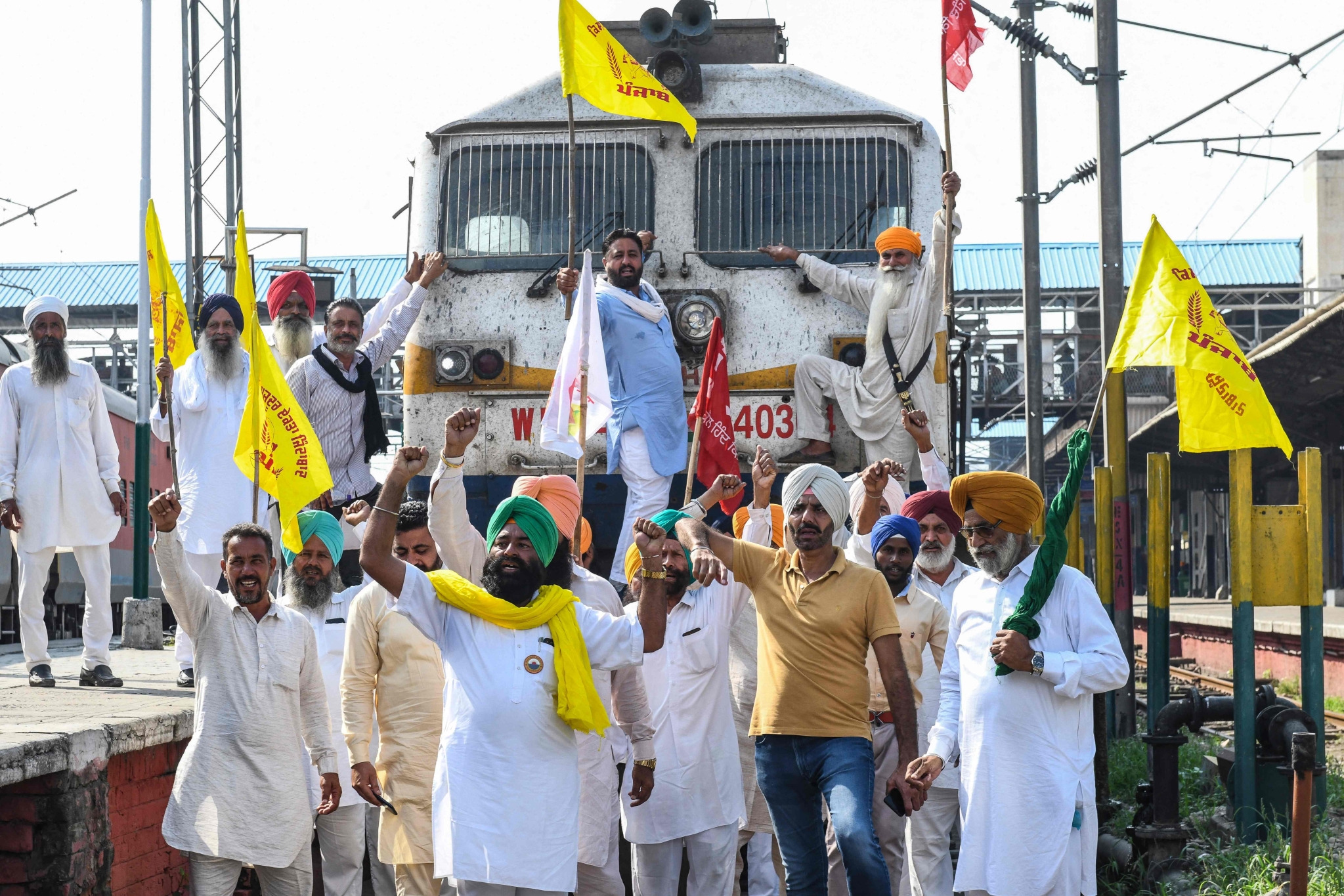 Farmers shout slogans as they gather at a railway station in Amritsar on October 18, 2021 during nationwide Rail Roko or stopping of trains protest days after eight people died in an incident involving protesting farmers in Lakhimpur Kheri district of Uttar Pradesh state. | (Photo by NARINDER NANU / AFP)

In the North Western Railway (NWR) zone, rail traffic was affected in some sections in Rajasthan and Haryana with 18 trains cancelled, 10 partially cancelled and one diverted due to the protest.

The trains that have been affected in the Northern Railway zone include the Chandigarh-Ferozepur Express. Its scheduled departure from Ludhiana was 7 am, but has been stranded there due to a blockade in the Ferozpur-Ludhiana section, the official said.

The New Delhi-Amritsar Shatabdi Express was halted near Shambu station as protesters blocked railway tracks near Sahnewal and Rajpura.

In Rajasthan, farmers held a protest on the tracks in Hanumangarh district and at the entrance of Jaipur Junction station and raised slogans against the Central and the Uttar Pradesh governments.

Ten trains have been partially cancelled due to the stir.

The Samyukt Kisan Morcha, an umbrella body of farmer unions spearheading the agitation against the Centre's three agri laws, had said "protests will be intensified until justice is secured" in the Lakhimpur Kheri case.

All train traffic will be stopped from 10 am till 4 pm on Monday during the 'rail roko' protest over the demand of the dismissal and arrest of Union Minister Ajay Mishra in connection with the Lakhimpur Kheri case, the SKM had said.

Four of the eight people who died in the violence in Uttar Pradesh's Lakhimpur Kheri on October 3 were farmers, allegedly knocked down by a vehicle carrying BJP workers. Angry farmers then allegedly lynched some people in the vehicles.

Farmers have claimed that Ashish Mishra was in one of the vehicles, an allegation denied by him and Ajay Mishra who say they can produce evidence to prove he was at an event at that time. Ashish Mishra was arrested in the case on October 9. 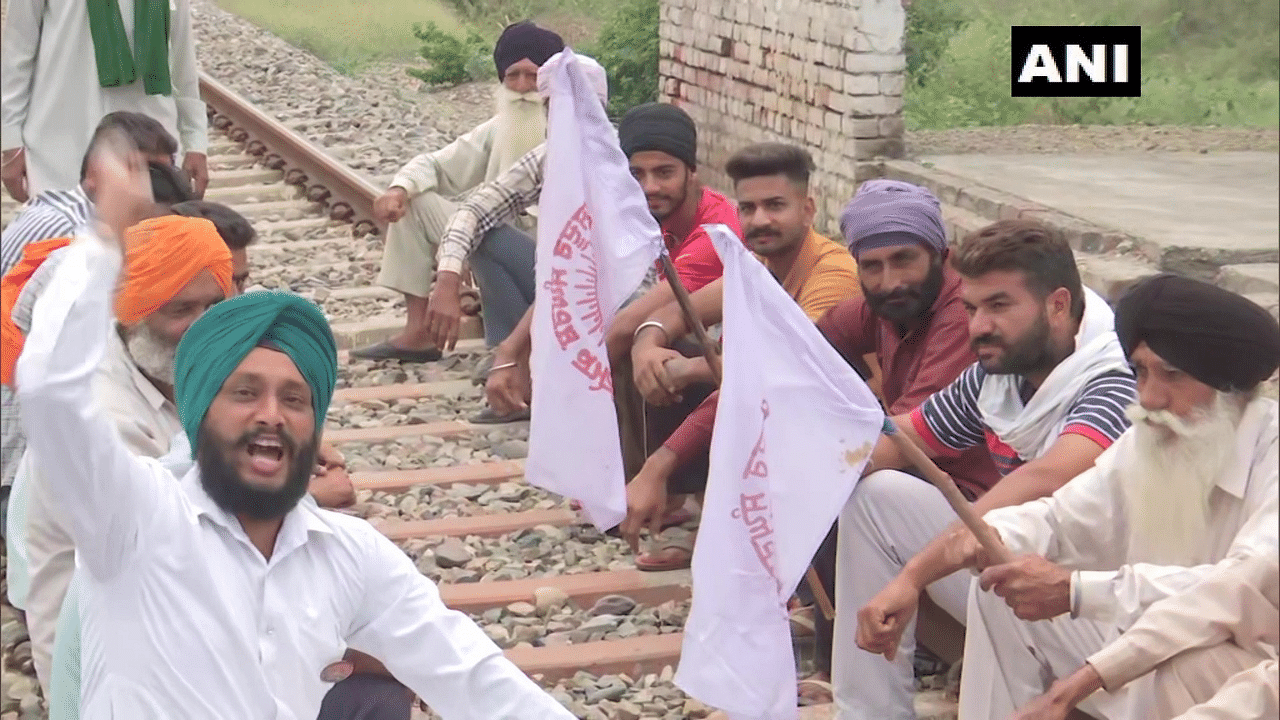