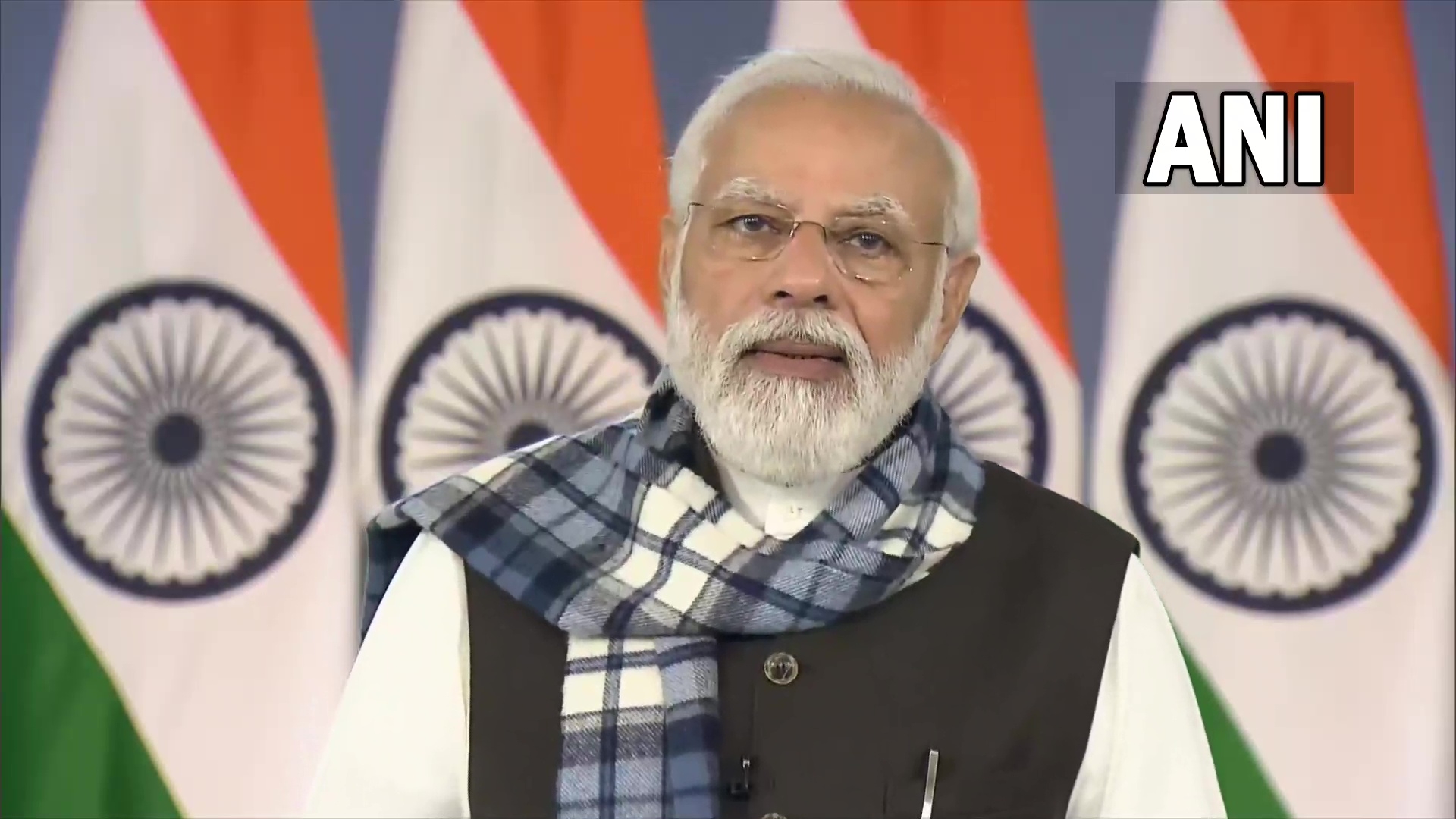 Speaking after inaugurating the All India Mayors' Conference in Varanasi via video conferencing, PM Modi that all the Mayors present here have left no stones unturned for the bright future and development of their cities.

"I believe that all the Mayors present here have left no stones unturned for the bright future and development of their cities. This program in Kashi is very important for the growth of cities in India," PM Modi said.

"We should believe in evolution. India does not need revolution today. We don't need to demolish our heritage buildings and reconstruct them rather we need to rejuvenate them. I want all the Mayors to take an initiative to bring their city to the top of the cleanest city list," he added.

PM Modi also said there was a need to prepare a list of cities where a blind eye has been turned towards the cleanliness campaign.

He asked Union Minister for Housing and Urban Affairs Hardeep Singh Puri to not only give awards to the city excelling in 'swachata' (cleanliness) but also recognise those making earnest efforts in the field of cleanliness.

As many as 120 mayors from across the country are participating in the conference whose theme is 'New Urban India'. PM Modi welcomed them as the host in the capacity of being a Lok Sabha member from Varanasi.

He said that there was need to prepare a list of cities which have turned a blind eye towards the 'swachata abhiyan' and towards other civic amenities.

In his address, PM Modi also suggested hosting a "Nadi Utsav" (river festival) for a week every year involving local citizens. The prime minister also mooted the idea of celebrating the birthday of a city to highlight its glory.

Ahead of the conference, the PMO had said that it has been the constant endeavour of the prime minister to ensure ease of living in urban areas.

The government has launched multiple schemes and initiatives to address the issues of dilapidated urban infrastructure and lack of amenities, it noted.

A special focus of these efforts has been the state of Uttar Pradesh, which has witnessed tremendous progress and transformation of the urban landscape, especially in the last five years, the PMO said.

An exhibition is also being organised from December 17 to 19 to showcase the key achievements of the government of India and government of Uttar Pradesh in the sphere of urban development.