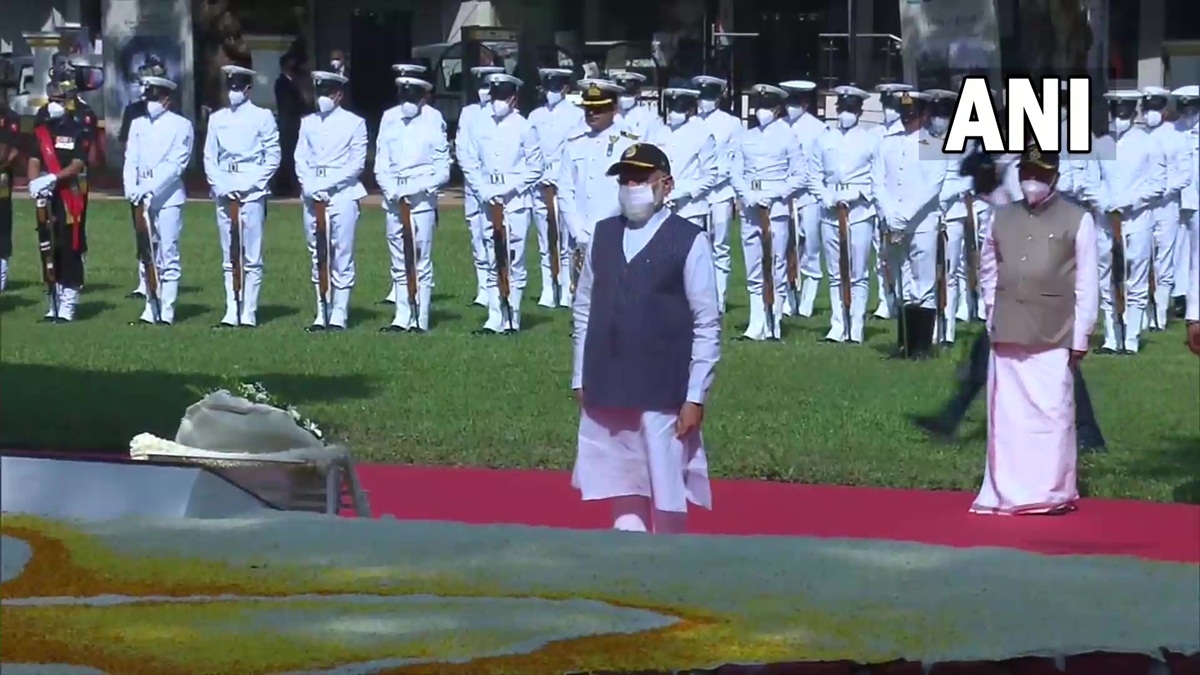 PM Modi, who reached here this afternoon to participate in the celebrations marking 60 years of the coastal state's liberation from Portuguese rule, later witnessed a fly past and sail parade at Miramar.

Goa Liberation Day is observed on December 19 every year to mark the day Indian armed forces freed Goa in 1961.

He will also lay the foundation stone for the India International University of Legal Education and Research of Bar Council of India Trust at Goa.

Prime Minister will also release a Special Cover and Special Cancellation to mark the commemoration of the Indian Armed Forces freeing Goa from Portuguese rule.

This special episode of history is shown on the special cover, whereas the special cancellation depicts the war memorial at Indian Naval Ship Gomantak, constructed in memory of seven young gallant sailors and other personnel who laid down their lives in "Operation Vijay".