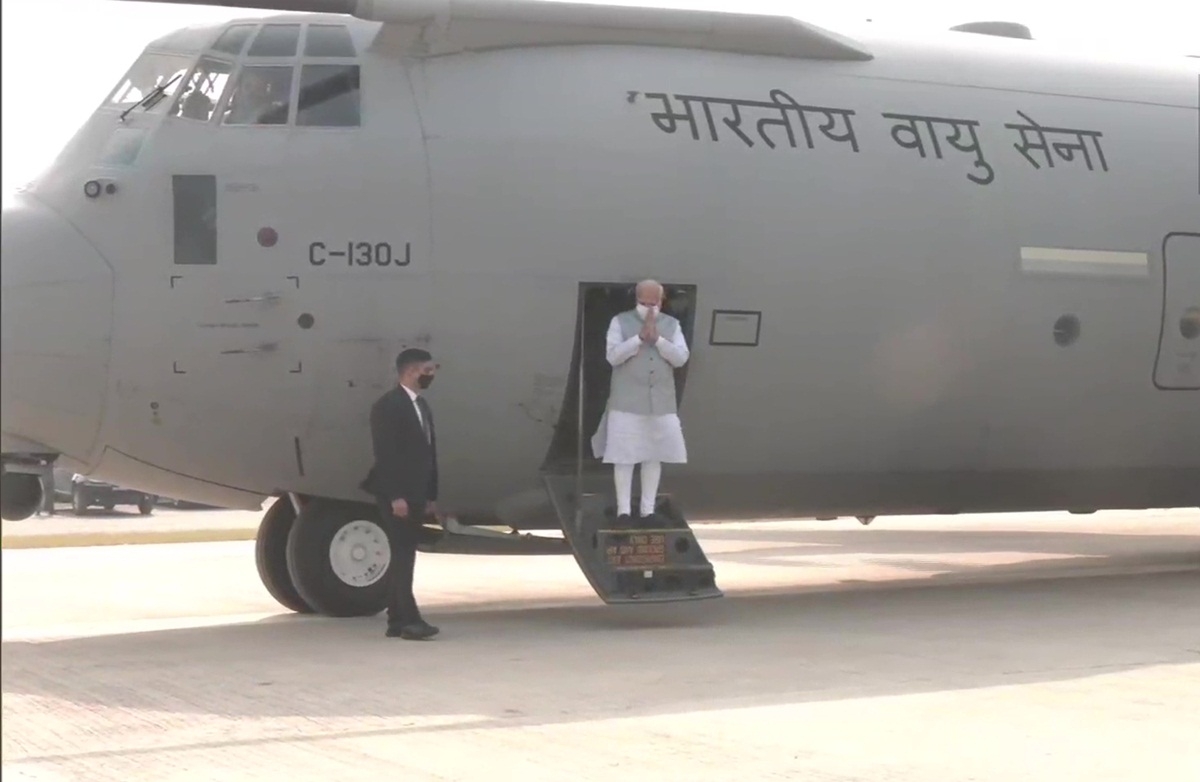 Prime Minister Narendra Modi on Tuesday landed on the Purvanchal Expressway airstrip in an IAF C-130 Hercules plane to inaugurate the highway in Uttar Pradesh.

Governor Anandiben Patel and Chief Minister Yogi Adityanath received the prime minister at the airstrip. The 3.2-km airstrip has been constructed on the expressway to facilitate emergency landing of fighter aircraft.

The Prime Minister reached Uttar Pradesh to inaugurate the 341-km expressway linking state capital Lucknow with Ghazipur. It has been constructed at an estimated cost of Rs 22,500 crore.

Following the inauguration, an airshow by the Indian Air Force will be performed on the 3.2 km long airstrip constructed on the Expressway in Sultanpur district to enable landing and take-off of Indian Air Force fighter planes in case of emergency.

The expressway is 6-lane wide which can be expanded to 8-lane in future. Constructed at an estimated cost of about Rs 22,500 crore, the Purvanchal Expressway is set to give a boost to the economic development of the eastern part of Uttar Pradesh especially the districts of Lucknow, Barabanki, Amethi, Ayodhya, Sultanpur, Ambedkar Nagar, Azamgarh, Mau and Ghazipur.