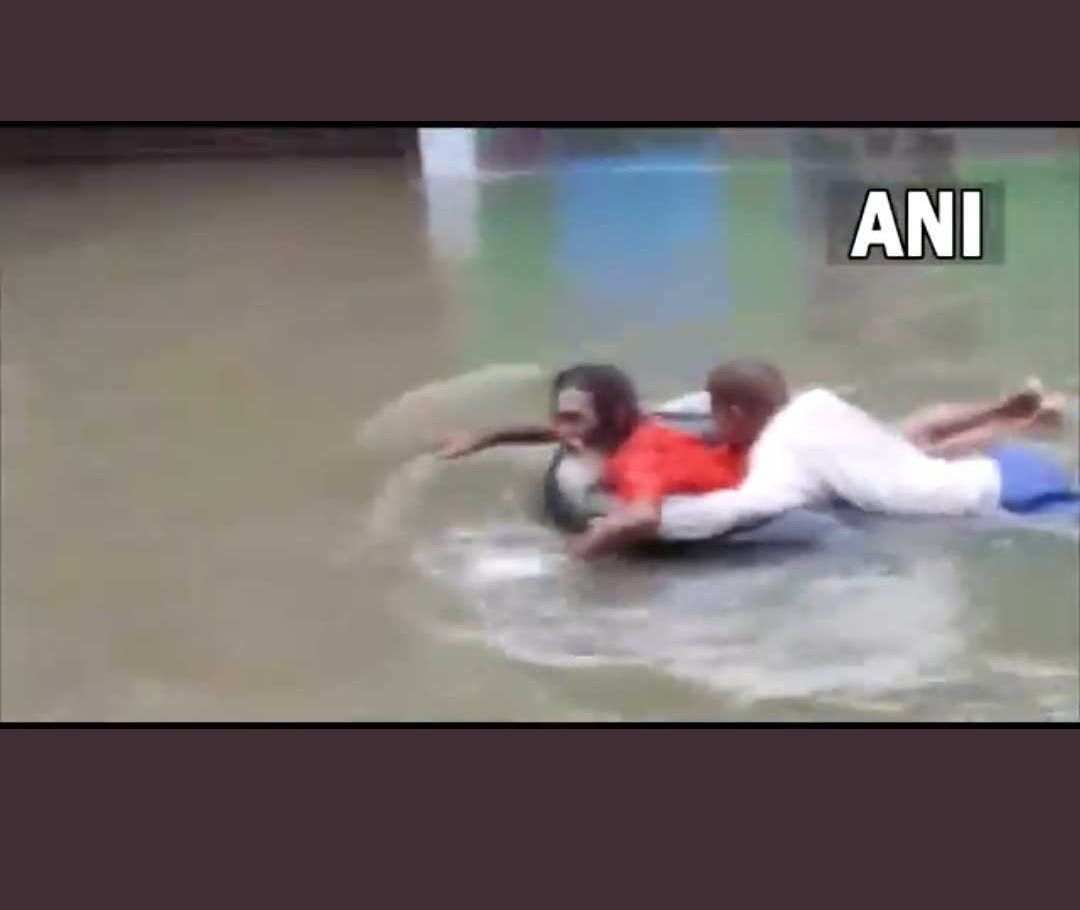 With the southwest monsoon remaining active across Uttar Pradesh, moderate to heavy rains accompanied by thundershowers occurred at many places in the state, the meteorological department said here on Monday.

Rainfall of 17 cm was recorded at Tehrauli (Jhansi), 11 cm at Mahroni (Lalitpur), 9 cm each at Kulpahar (Mahoba) and Chilaghat (Jhansi), Beberu (Banda), Dhaurahara (Kheri) and 7 cm each at Talbehat (Lalitpur), Mauranipur (Jhansi), Mahoba, Banda and Nautanwa (Maharajganj), it said.

Scenes of many areas being flooded were reported throughout the state. Roads were flooded, causing difficulty for vehicular traffic and movement of people. In a video that went viral on social media, people were seen swimming using tyres in flooded areas in Jhansi. Vehicles were stuck due to flooded roads following incessant rains.

The Met department has forecast rain and thundershowers at few places over on Tuesday.