14 civilians were killed by security forces in Mon district on December 4 and 5.
FPJ Web Desk 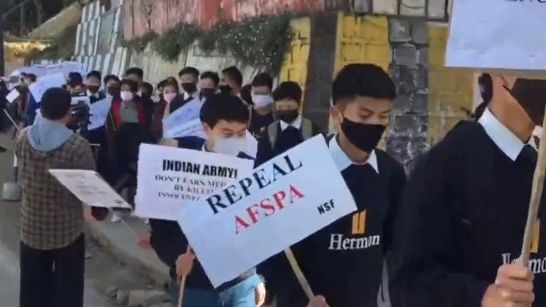 A massive crowd on Friday gathered for a rally organized by the Naga Students' Federation in Kohima, the capital city of Nagaland to protest against Armed Forces Special Powers Act or the AFSPA after 14 civilians were killed by security forces in Mon district on December 4 and 5.

#WatchVideo: A massive crowd gathered for a rally organised by the #Naga students

AFSPA, 1958 is an act of the Parliament of India that grants special powers to the Indian Armed Forces to maintain public order in "disturbed areas".

Earlier on Thursday, normal life was affected in parts of Nagaland as tribal bodies observed bandh in five districts over the recent killing of 14 civilians in firing by security forces.

Government and private offices and business establishments remained closed during the shutdown and vehicular traffic was paralysed as members of the Eastern Nagaland Peoples' Organisation (ENPO), the apex tribal body, staged demonstrations in Tuensang, Longleng, Kiphire and Noklak districts, and the Konyak Union, the organisation representing Konyak Naga tribe, to which the slain civilians belonged, held protest rallies in Mon.

Altogether 14 civilians in Mon district were killed on December 4 and 5 in three consecutive episodes of firing by security forces, the first of which has been claimed to be a case of mistaken identity.

Union Home Minister Amit Shah had told the Lok Sabha that the army had received information on the movement of insurgents in Mon and '21 Para Commando' unit had laid an ambush.

Regretting the death of the civilians, he had said security forces fired in self-defence.

However, several political parties contested the government version that the vehicle was asked to stop.

The tribal bodies threatened to intensify their protests until justice is served in the incidents.

The Konyak Union has also demanded an apology from Shah for his statement in Parliament that the security forces fired in self-defence.

The families of the 14 civilians had also refused government compensation until the personnel involved in the firing are "brought to justice". 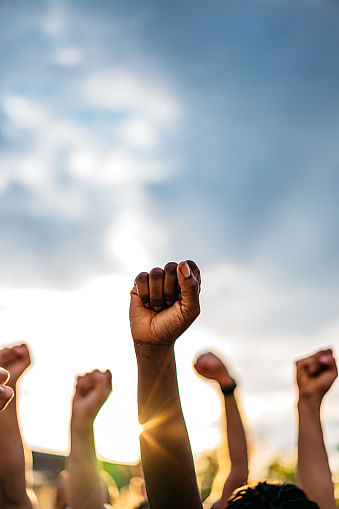