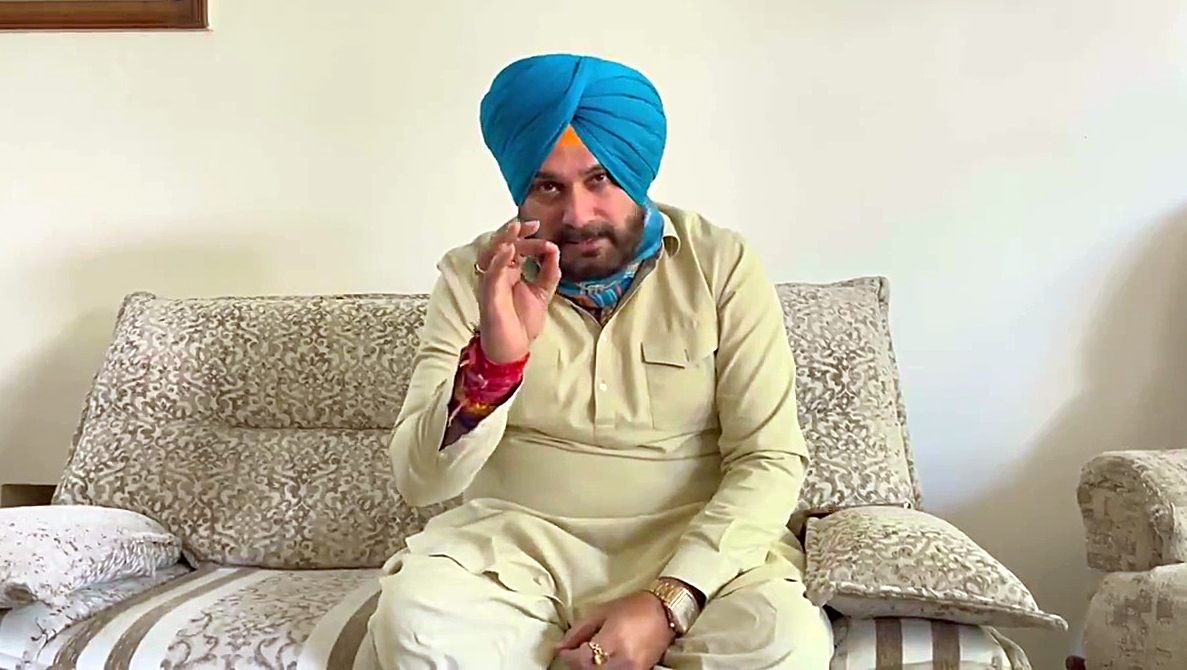 "Captain (Amarinder Singh) said that doors have been closed for Sidhu, but see today...he is sitting at home and is licking the feet of Modi," Navjot Singh Sidhu was quoted as saying by news agency ANI.

He asked Chief Minister Channi to tell his Home Minister Sukhjinder Singh Randhawa to "get active".

"Instead of doing Bhangra all day CM Punjab should advice his home minister to get active and come out of denial mode," Singh said in tweet, also tagging a media report on the drone being shot down.

Captain Amarinder Singh resigned from the state’s top post in September after a year-long feud with Sidhu and announced his political party in October. He officially quit the Congress in November and launched his own political outfit.