Watch video: Leander Paes thanks TMC leaders and volunteers for their work ahead of 2022 Goa Assembly polls

A very much active person on social media, he shares his thoughts and works on various platforms.
FPJ Web Desk 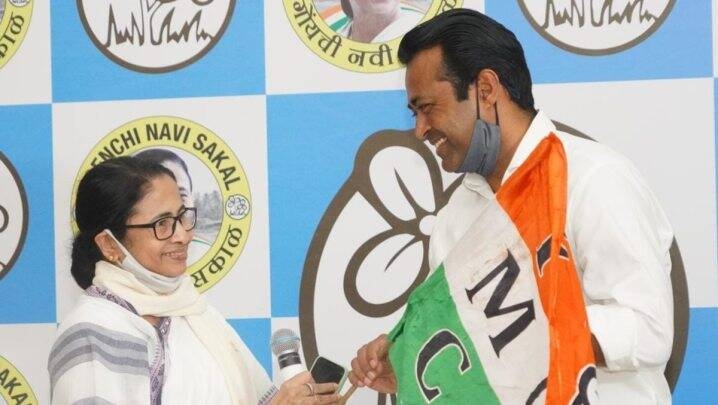 Former Indian tennis player and 18-time grand slam champion Leander Adrian Paes OLY, who was recently inducted into the Goa unit of the Trinamool Congress (TMC), frequently wanders into the streets of Goa to interact with residents, small business owners and others.

On some days, he is busy campaigning door to door, meeting and greeting village leaders and influential residents apart from posing for pictures and playing football with local boys.

He is moving around and interacting with everyone ahead of state elections in February-March next year as he begins a new phase of life as a Trinamool Congress (TMC) politician.

Since his inductment, he has chaired meetings to discuss strategies for the poll campaign and also to responses given by the people.

A very much active person on social media, he shares his thoughts and works on various platforms. In a recent message shared by him on Twitter, he has called out to all volunteers and TMC leaders to thank them for doing work in all 40 constituencies in Goa and helping people by reaching out to them.

"Our volunteers & my fellow Goa TMC leaders are doing a fantastic work by reaching out to each and every household across the 40 constituencies in Goa. We are listening to their grievances & shortly but surely we'll come up with solutions that'll address their concerns," Paes has said.

In October last month, Paes joined TMC and began his political and said that he joined politics with the aim to make a difference in the lives of people.