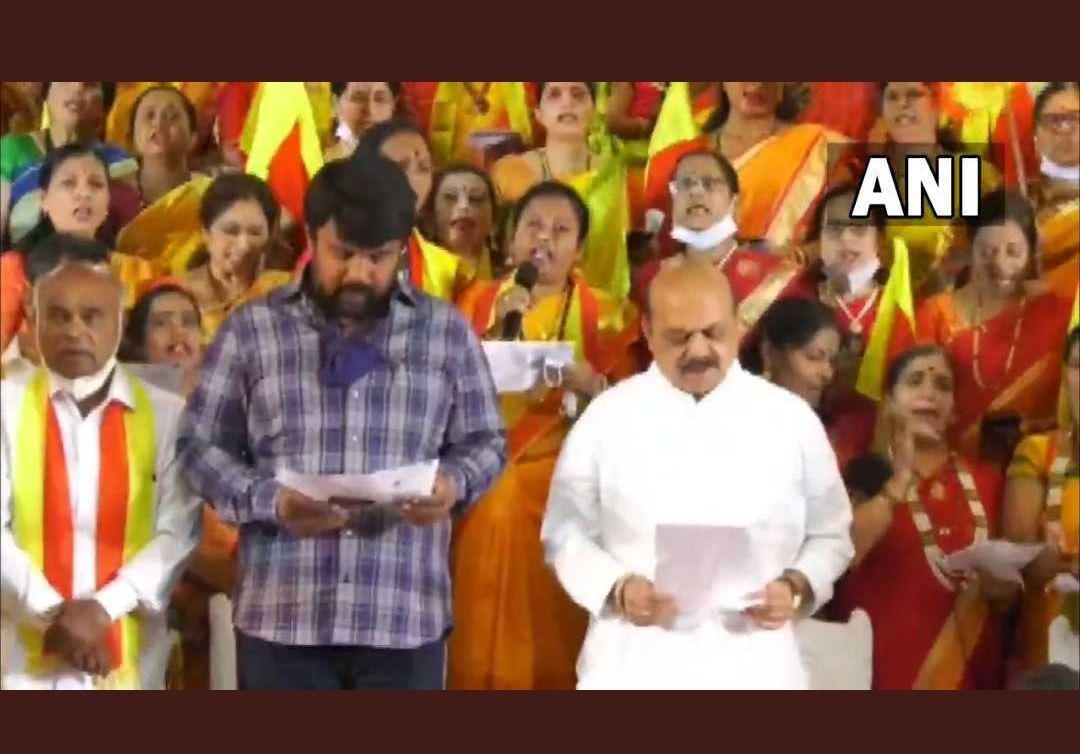 Chief Minister Basavaraj Bommai on Thursday said the Karnataka government will continue its fight to make Kannada compulsory not only in primary and secondary schools but also in degree level classes.

"After I became Chief Minister, our government introduced the new National Education Policy which gives prominence to the mother tongue," he said during a state-wide drive called 'Kannadakkagi Naavu' (We for Kannada) Lakhs of people sang pro-Kannada songs from 11 am to 12 noon in many parts of the state as part of the drive, organised by the Kannada and Culture Department, sources said.

The Chief Minister also sang Kannada songs at an event held in Hubballi as part of the week-long celebration to mark Kannada Rajyotsava.

The drive with a slogan 'Maataad Maataad Kannada' (Speak speak Kannada) is in the run-up to the "Kannada Rajyotsava" on November 1.

The Chief Minister said, "We had brought an ordinance making Kannada compulsory not only in primary or secondary education but also in degree level. The matter is presently before the high court. We will continue our struggle for it." Bommai told the gathering that the government is making complete engineering course available in Kannada language.

"At least 15 colleges have come forward to offer degree course in Kannada. They are teaching in Kannada and are giving degrees in Kannada. This is historic," Bommai said.

Stating that any language grows when it is widely used, the Chief Minister said his government is reaffirming its commitment for the promotion of Kannada with these measures.

Many people including students wore traditional attire and the yellow-red Kannada scarves.

In Bengaluru, the main function took place on the stairs of Vidhana Soudha, where the Karnataka Assembly Speaker Vishweshwar Hegde Kageri led the campaign.

Kannada and Culture Minister V Sunil Kumar too took part in a series of programmes.