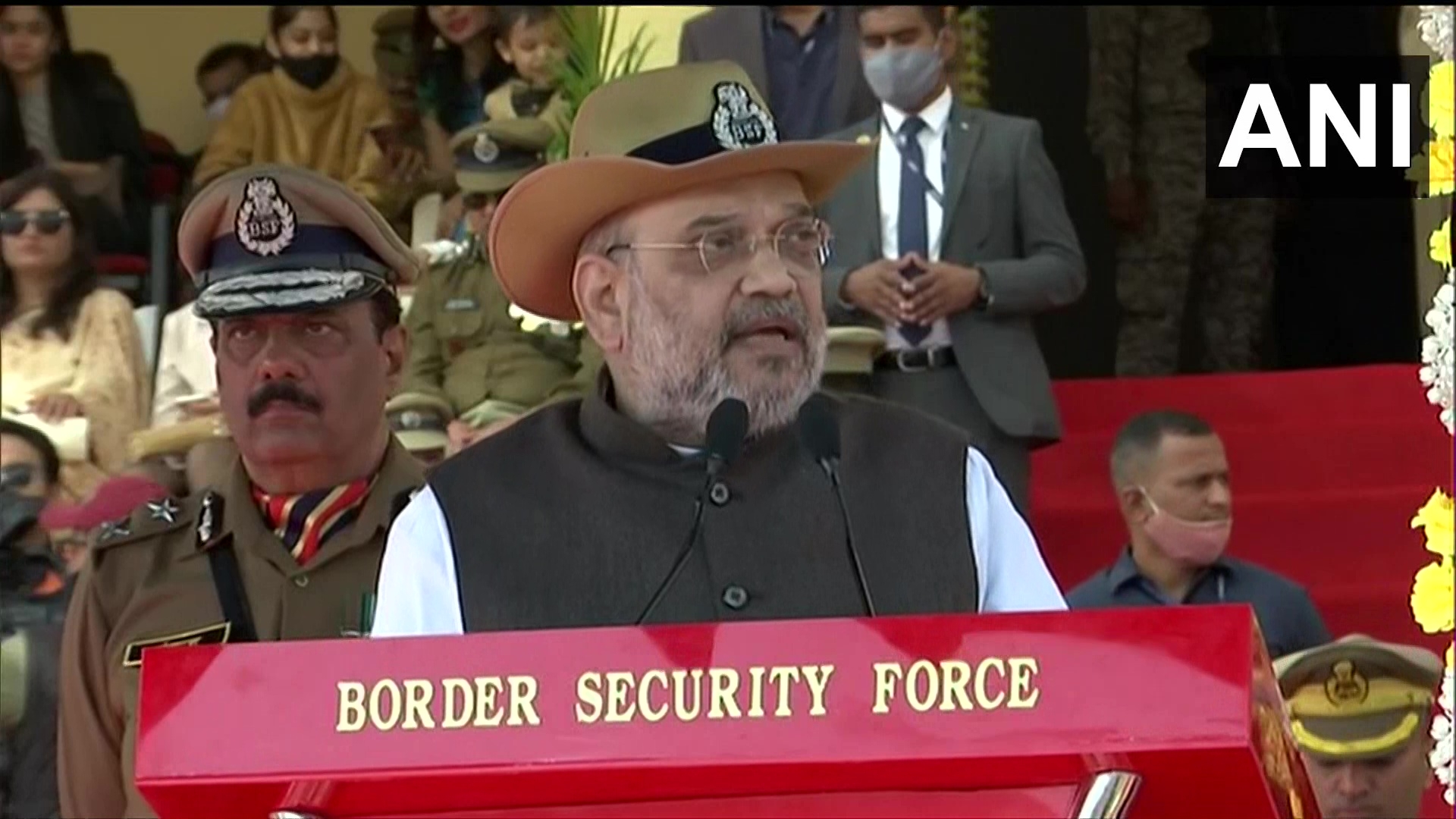 Union Home Minister Amit Shah on Sunday assured the Border Security Forces, that the Central government is working to provide world-class technologies to them.

Shah during an address on 57th BSF Raising Day in Jaisalmer said, "we are in process of developing indigenous anti-drone technology to thwart the growing threat from these devices on the country's borders and it will soon be made available to the security forces."

The Raising Day event of the BSF was celebrated at Jaisalmer for the first time. Shah took the salute of the parade and present medals to the BSF personnel in Jaisalmer.

Shah said, "BSF is the first line of defence and for our government, border security means national security. We are committed to providing world-class technologies to BSF for border security".

Shah said that there was a mention of a growing threat from drones. BSF, DRDO and NSG are trying to develop an anti-drone technology. “India has ensured that no one can take our borders or soldiers lightly. The central government ensured a strong retaliation in the form of surgical and air strikes after Uri and Pulwama attacks, respectively. The entire world appreciated this action,” he said.

The BSF jawans displayed their capabilities to the home minister in the raising day programme. Along with jawans, female personnel also participated in the parade, daredevil motorcycle show and other events. It is to note that Shah is on a two-day visit to Rajasthan. He was in Jaisalmer on Saturday and visited the international border and spent a night with BSF troops on the Rohitash border outpost.