He was referring to the makeshift temple on the site, which was disputed in the Babri Masjid-Ram Janmabhoomi case.
FPJ Web Desk

Union Home Minister Amit Shah on Friday asked people here to seek an answer from Samajwadi Party chief Akhilesh Yadav for the firing on 'kar sevaks' during his party's government in the past and asked why Lord Ram had to "stay in a tent" for years.

He was referring to the makeshift temple on the site, which was disputed in the Babri Masjid-Ram Janmabhoomi case.

Addressing a rally during the BJP's Jan Vishwas Yatra ahead of the UP Assembly polls, he alleged that the SP, BSP and Congress governments made efforts to stop the construction of the Ram temple in Ayodhya.

"Do you remember that 'kar sevaks' were shot in Ayodhya and bodies were thrown into the Saryu," he said referring to a 1990 incident during the SP regime while addressing a rally at Government Inter College in Faizabad.

He alleged that under the SP and BSP rule, "symbols of faith were not respected".

Today, PM Narendra Modi and UP Chief Minister Yogi Adityanath are working for the glory of every faith, he said.

"When Akhileshji comes here, seeking votes in Ayodhya, ask him what was the crime of the kar sevaks? why did your government open fire on them? what is your objection to the removal of Article 370," he said.

"Akhilesh Babu, if your second generation also comes, neither Article 370 is going to come back nor the triple talaq," Amit Shah said.

He said the SP, BSP, the Congress and TMC chief Mamata Banerjee worked together to oppose the scrapping of Jammu and Kashmir's special status under Article 370.

He also credited PM Modi with the construction of the Ram temple in Ayodhya.

On the other hand, he said, "Whenever the SP, BSP and the Congress were in power, they made efforts to stop this. Don't you remember that the 'kar sevaks' were fired upon, sticks were used on Ram's sevaks, Ram sevaks were killed and thrown into the mother Saryu." "I want to tell all those who wanted to stop it, if you can, try and stop it because no one has the power to stop it. A grand temple will come up in a few months at the place where Lord Shri Ram was born," he said.

He also asked Why Ramlala had to "stay in a tent" for years.

"It is time for the people of Ayodhya, citizens of the country and people of UP to think why Ramlalla had to live in a tent for so many years," he said.

Referring to the raids conducted by the Income Tax Department on the house of a perfume trader in Kanpur, Shah said bundles of notes were seized and the stench of the Samajwadi perfume has spread all over UP.

He said there used to be three "Ps" during the SP government--"pariwarvaad", "pakshpaat" and "palayan"--and today there are three 'Vs' "vikas, "vyapar" and "sanskratik virasat"--and Ayodhya is the biggest example of the three Vs.

Attacking the Congress, he said when it was in power at the Centre with the SP-BSP support, terrorists from Pakistan used to take away heads of jawans but when Modi became the PM, air and surgical strikes eliminated terrorists.

At the rally, Shah started his speech amid the chants of "Jai Shri Ram". Earlier in the day, he offered prayers at the Ram Janmabhoomi and the Hanuman Garhi temples here.

Addressing another public meeting in the Khalilabad area of Sant Kabirnagar district, Shah said the previous SP government was known only for the rule of "bahubali" (strongmen) but BJP's Yogi government is working for the development of all sections of society.

Yogi Adityanath has worked to free UP from the mafia, he said.

Shah also raised the slogan, "Abki Baar-300 Paar", and called upon people to vote for the BJP in the 2022 elections. 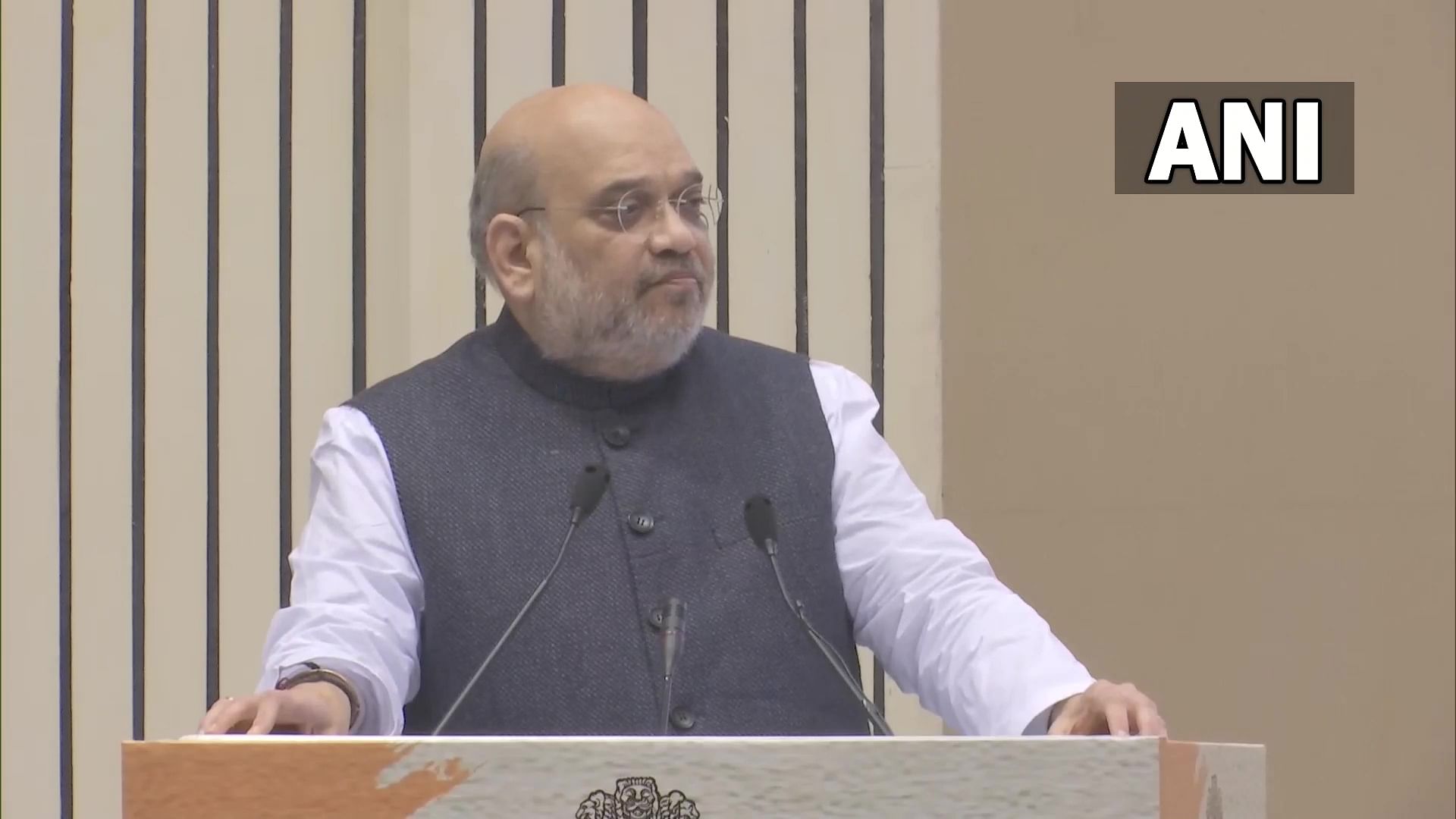