Watch video: He'll be on our side, says Hindu leaders hinting at the cop who received their complaint against Maulvis at the Haridwar police station 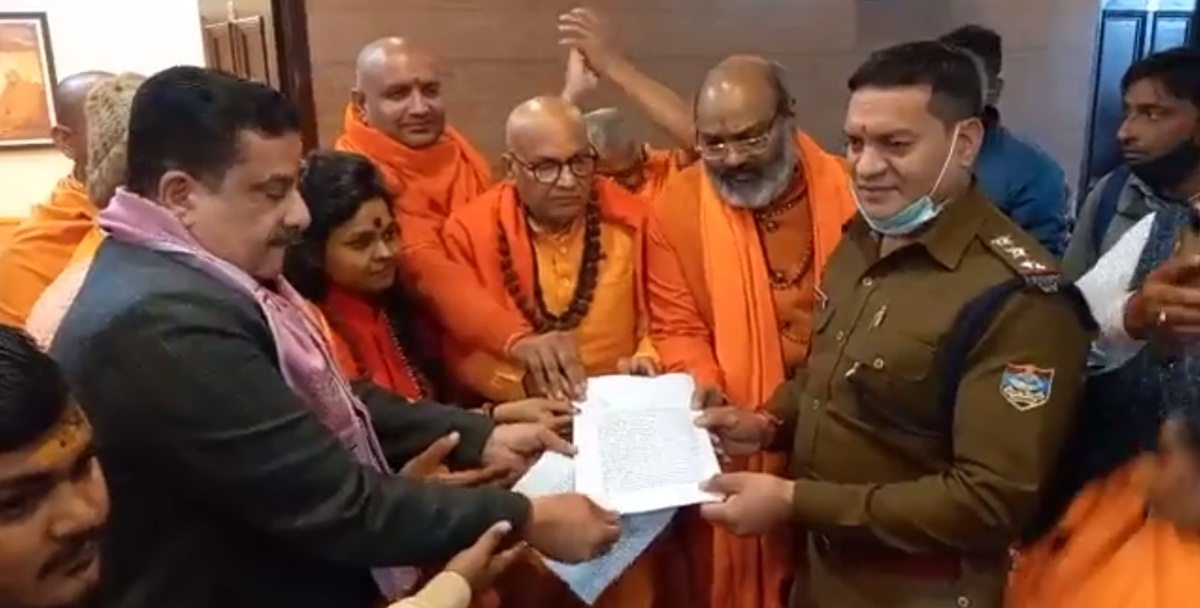 Days after alleged hate speeches at a Dharma Sansad in Haridwar, Uttarakhand, a video of Hindu religious leaders of the Sansad doing rounds on social media shows them laughing with a police officer and saying that he will be "on our side".

According to NDTV, Five of the event participants on Tuesday went to Haridwar police station to file an FIR against maulanas, who they alleged have been conspiring against Hindus. But, the police said that no FIR was filed.

But a video of the meeting between the Hindu religious leaders and the police officer is doing rounds on social media. As per NDTV, in the video, police officer Rakesh Kathait can be seen with Hindu Raksha Sena's Prabodhanand Giri, religious leader Yati Narasimhanand, Pooja Shakun Pandey aka Sadhvi Annapurna, Anand Swaroop, head of a body named Shankaracharya Parishad, and Waseem Rizwi alias Jitendra Narayan.

In the video, Pooja Shakun Pandey, while talking to the police officer, who is holding a copy of their complaint against maulanas, says, "You should send a message that you are not biased." She further reminded the police officer that he is a public officer and he "should treat everyone equally. That is what we expect from you. May you always win."

Later, Yati Narasimhanand, who is standing on the side, can be heard saying, "Ladka humare taraf hoga (he will be on our side)." After which everyone in the room burst out laughing.

Meanwhile, two more persons have been booked in connection with hate speeches delivered against Muslims at a Dharma Sansad in Haridwar recently.

The names of Swami Dharamdas and Sadhvi Annapurna were added on Saturday in the FIR lodged after available footage of the event was scanned, Haridwar Kotwali SHO Rakinder Singh said on Monday.

Initially, only Waseem Rizvi, who had assumed the name of Jitendra Narayan Singh Tyagi after converting from Islam to Hinduism, had been named in the FIR lodged on Thursday last week.

The FIR has been lodged under Section 153A of the IPC (promoting enmity between different groups on grounds of religion, race, place of birth, residence, language).

Extremely provocative speeches inciting violence against Muslims were allegedly made by participants at the event held at Ved Niketan Dham in Haridwar for three days from December 16 to 19. It was organised by Yati Narasimhanand, the priest of Dasna temple in Ghaziabad.