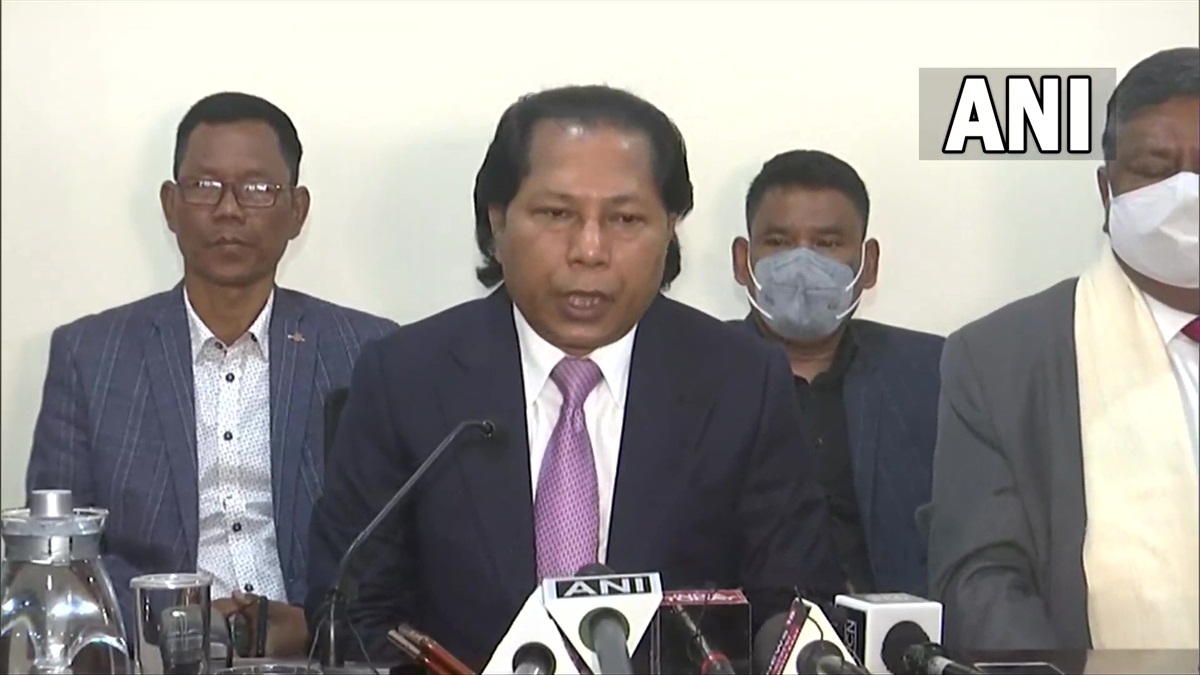 In a huge setback to Congress in Meghalaya, 12 MLAs, including former chief minister Mukul Sangma, joined the Trinamool Congress (TMC).

"We have taken a decision to merge with the Trinamool Congress," Former Meghalaya CM Mukul Sangma said on Thursday.

"A complete sense of commitment towards serving the people has brought us to take this decision. In 2018 Assembly elections, we were confident of forming govt but we could not. Again, post-poll there were activities to poach our members...," he was quoted as saying by news agency ANI.

"This group of 17 we have, collectively demonstrated our commitment...the commitment towards the state has superseded everything else...we are failing in our duty as far as the role of the opposition is concerned," he added.

Former Meghalaya CM Mukul Sangma slammed Congress and said that the party has failed to play the role of the main opposition party in the country.

"Congress has failed to play the role of the main opposition party in the country," he said.

Notably, Congress General Secretary KC Venugopal on November 18 held a meeting at AICC headquarters in New Delhi, which was attended by party's Meghalaya in-charge Manish Chatrath to evaluate to party's performance in the recently concluded by-polls in Meghalaya.

TMC has witnessed a steady stream of leaders joining its ranks after quitting from Congress in the last few months.

Congress MP from Assam's Silchar and ex-president of All India Mahila Congress, Sushmita Dev had joined the TMC in August this year. She has been assigned to look after TMC's affairs in Tripura.

Banerjee had visited Delhi in July this year. It was her first visit after Trinamool Congress returned to power in the Bengal Assembly polls. During her visit, he had met Sonia Gandhi and Rahul Gandhi amongst other leaders.