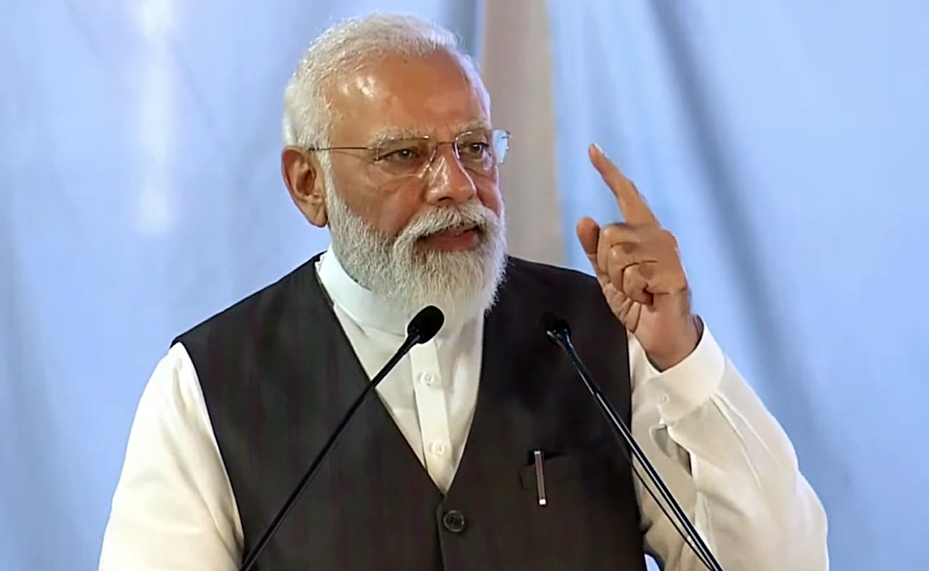 Speaking at the event, PM Modi highlighted the efforts made by the government to boost health infrastructure ranging from the production of masks and protective kits to the development of vaccines and their rollout across the country and asserted their development in such a short span of time shows India's capabilities.

"In such a short span of time, facilities made available by India shows country's capability. From 1 testing lab to the establishment of a network of 3,000 testing labs and from import of masks and kits to its manufacturing, India is quickly moving forward as an exporter," PM Modi said.

He added that by building the CoWIN platform, India has shown the world how vaccination is done on such a large scale.

"India has shown the way to the whole world by building the CoWIN platform that how vaccination is done on such a large scale," PM Modi said.

With the inauguration of the new plants, India now has 4,000 new O2 plants. "With the efforts of the State governments and the Centre, India will have 4,000 new oxygen plants, established under PM CARES. Our country and hospitals here have become much more capable now," PM Modi said.

With the new plants, over 1,150 oxygen plans funded by PM CARES are working and every district in the country has now been covered by them, he said.

The Prime Minister said it will be a matter of pride for every citizen that over 93 crore COVID-19 vaccine doses have been administered so far and the figure will soon cross 100 crore.

The government, he said, now goes to citizens and does not wait for them to approach it with their problems.

Addressing a gathering, PM Modi asserted that the Centre has been extending all help to the state government for Uttarakhand's progress, and said this "double engine" of development will take it to new heights.

With the state heading to the assembly polls early next year, the prime minister noted that Uttarakhand, which was created in 2000, will complete 25 years in the near future and told people that this is the right time to decide where it will be heading.

The shared efforts of the Centre and the state government are a big basis for realising the dreams of people, he said, in an apparent poll pitch for the BJP, which is in power in the state and will fight the Congress in the polls.

Uttarakhand Governor Gurmeet Singh, Chief Minister Pushkar Singh Dhami and Union Health Minister Mansukh Mandaviya are present on the occasion. According to Prime Minister's Office (PMO), with the inception of these 35 PSA oxygen plants, all districts of the country will now have commissioned PSA oxygen plants.