Watch Video: DNA of all people in India has been the same for last 40,000 years, says RSS chief Mohan Bhagwat 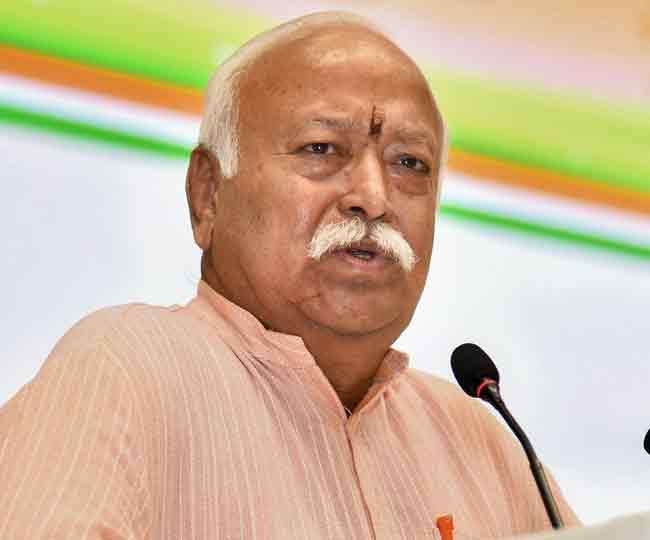 Dharamshala: For over 40,000 years, DNA of all people in India has been the same...I am not faffing, said Rashtriya Swayamsevak Sangh (RSS) chief Mohan Bhagwat at an event in Dharamshala, Himachal Pradesh on Saturday.

The media portrays the RSS as the government's remote control, but nothing could be further from the truth, Bhagwat added.

He also said though India is not a world power, it certainly has the potential to become a world 'guru' in the post pandemic era.

Addressing ex-servicemen here, Bhagwat said, "The media refers to us as the remote control of the government, but that is untrue. Though, some of our workers are definitely part of the government. The government does not give assurances of any sort to our swayam sevaks. People ask us what we get from the government. My answer to them is that we may even have to lose what we own."

Highlighting the ancient Indian practices in medicine, he said, "What saw us through were our traditional Indian remedies such as kadha, kwath (herbal formulations) and hygiene. Now, the world looks up to India and wants to emulate the Indian model. Our country may not become a world power, but it can certainly be the world guru." The RSS chief observed a minute's silence in memory of Chief of Defence Staff Late Bipin Rawat and 13 others who died in the chopper crash near Coonoor in Tamil Nadu recently.

#WATCH | For over 40,000 years DNA of all people in India has been the same...I am not faffing," said RSS chief Mohan Bhagwat at an event in Dharamshala, Himachal Pradesh (18.12) pic.twitter.com/cAtY12oe5i

Calling for unity, he said the undivided land of India lost several battles with foreign invaders over the centuries as the local population was not united.

Quoting social reformer BR Ambedkar, he said we are never defeated by anyone's strength but by our own weaknesses.

Bhagwat is on a five-day tour to Himachal Pradesh and is likely to meet Tibetan spiritual leader The Dalai Lama, sources said.