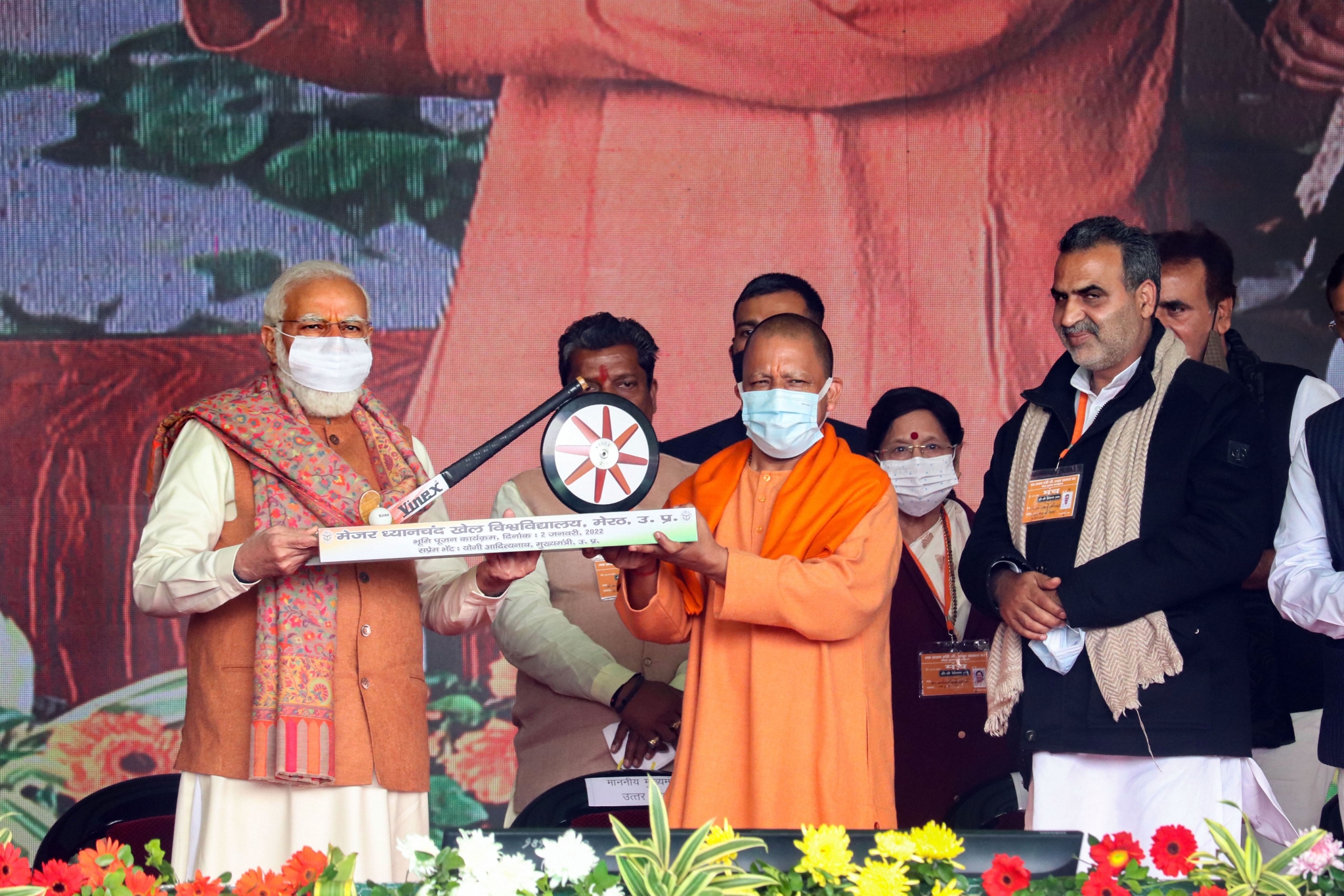 Hitting out at the previous government in Uttar Pradesh, Prime Minister Narendra Modi on Sunday said earlier criminals and the mafia used to play their games, but now the Yogi Adityanath government is playing "jail-jail" with them.

Addressing a public meeting after laying the foundation stone for the Major Dhyan Chand Sports University here, Modi said, "During the previous government, criminals used to play their games, the mafia used to play its games. Earlier, there were tournaments of illegal grabbing (of land). People making bad remarks ('phabtiyaan') on daughters used to roam openly." People living in Meerut and adjoining areas can never forget how houses used to be set ablaze, and the earlier government used to indulge in games of criminals and the mafia, he said.

The result of these games played by earlier governments was that people were forced to leave their ancestral homes and there was "exodus", the prime minister said.

Taking an apparent jibe at Samajwadi Party patriarch Mulayam Singh Yadav, Modi said, "The role of the government should be that of a guardian. Capability ('yogyata') should be encouraged. In the event of youths committing a mistake it should not be ignored by saying 'boys make mistakes (ladhko se galtee ho jaati hai)". Watch Video: Katrina Kaif hugs Vicky Kaushal as she drops him at Mumbai airport after their first...
Advertisement