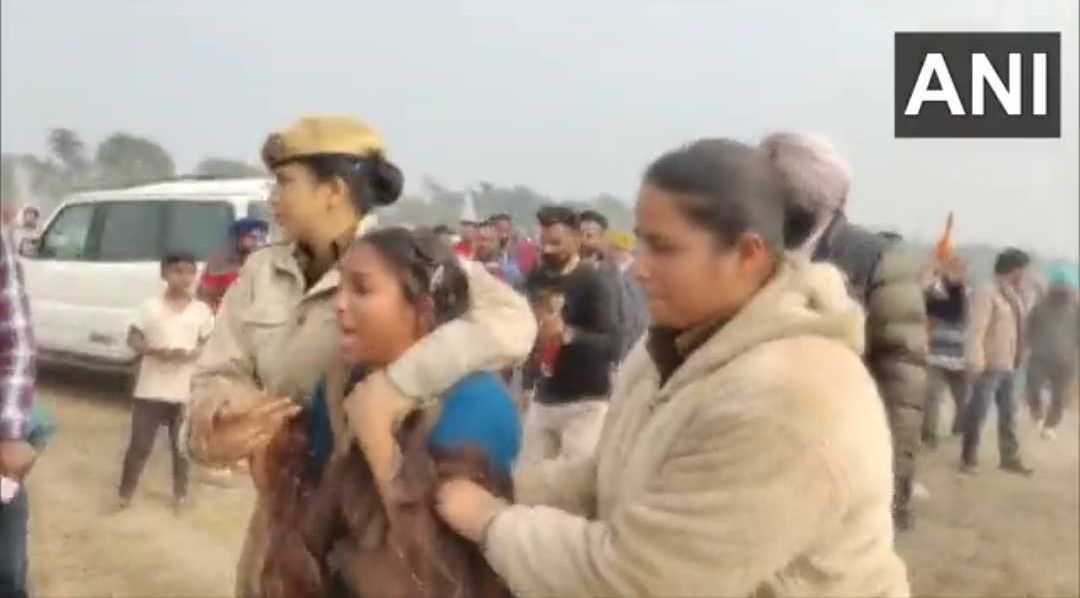 Punjab Police cracked down on unemployed teachers who came to protest at a rally of Punjab Chief Minister Charanjit Singh Channi in Sangrur on Tuesday. Videos showing police gagging, dragging and loading the protesters into vehicles went viral on social media.

CM Charanjit Singh Channi was in Sangrur's Fatehgarh Sanna village to inaugurate a cement factory. When he was about to start his speech, a group of B.Ed Teacher Eligibility Test (TET) qualified teachers started raising slogans against the government, demanding jobs.

Disturbing visuals from the spot showed the police trying to hold back slogan-shouting teachers. As slogans denouncing the Chief Minister and the Punjab government rang out, the police were seen gagging the protesters, stuffing cloth in their mouths.

Unemployed teachers said that they have been receiving similar treatment for the last four years and despite protests, they still do not have employment.

One officer was seen dragging a woman protester by her clothes as she wriggled, all the while shouting slogans against the Congress government.

The teachers said the government has still not released recruitment for 9000 teachers' posts. They said the chief minister is only good at making promises.

Teachers across Punjab have been protesting against the Congress government due to various reasons, including a rise in pay scale and regularisation of employment.