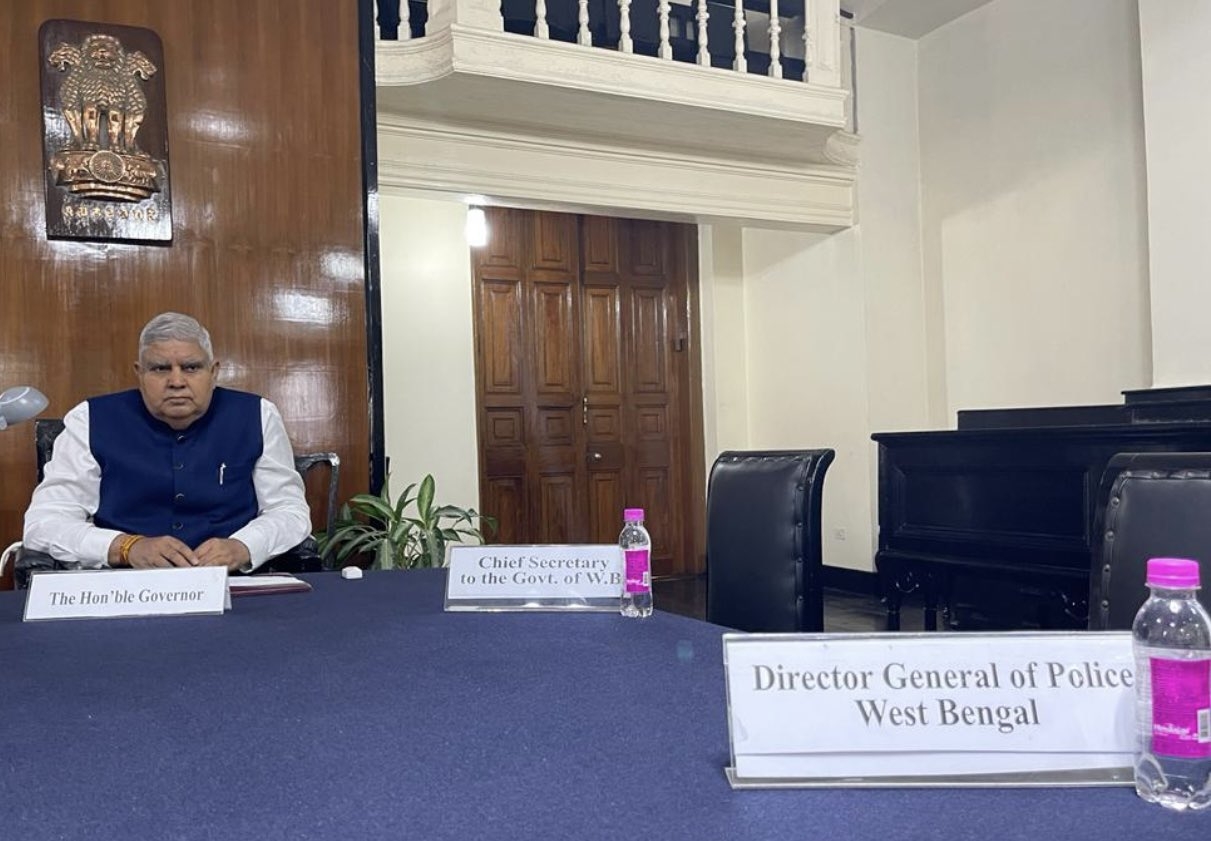 Slamming Dwivedi and Malaviya for skipping the meetings, Dhankhar claimed that it was a ‘constitutional lapse’.

“CS @MamataOfficial DGP @WBPolice ‘boycott’ WB Guv meeting (Re:LOP @SuvenduWB Netai visit) for second time in 3 days - actionable incondonable constitutional lapse by top officials @IASassociation @IPS_Association bearing out observation @India_NHRC in WB ‘Law of Ruler not of Law’,” tweeted Dhankhar with the picture of an empty room as no one attended the meeting called by him.

It can be noted that Dhankhar called the Chief Secretary and DG of police on January 9 to know the details of why Leader of Opposition Suvendu Adhikari was stopped from entering Netai in Jhargram despite having Calcutta High Court’s verdict in favour of the LoP.

Claiming that he would bring Dwivedi and Malaviya in ‘constitutional groove’, Dhankhar said, “Constitutionally ordained ‘to preserve, protect and defend the Constitution and the law’ would now ensure that CS @MamataOfficial DGP @WBPolice get into constitutional groove. These officials @IASassociation @IPS_Association have spinally damaged the reputation of top services.”

TMC MP Saugata Roy claimed that the state Governor has ‘no work’ but to ‘create chaos’.

“Every move of the Governor claims that he is working at the behest of the BJP. He has no work but to malign the state government without any reason,” mentioned Roy.