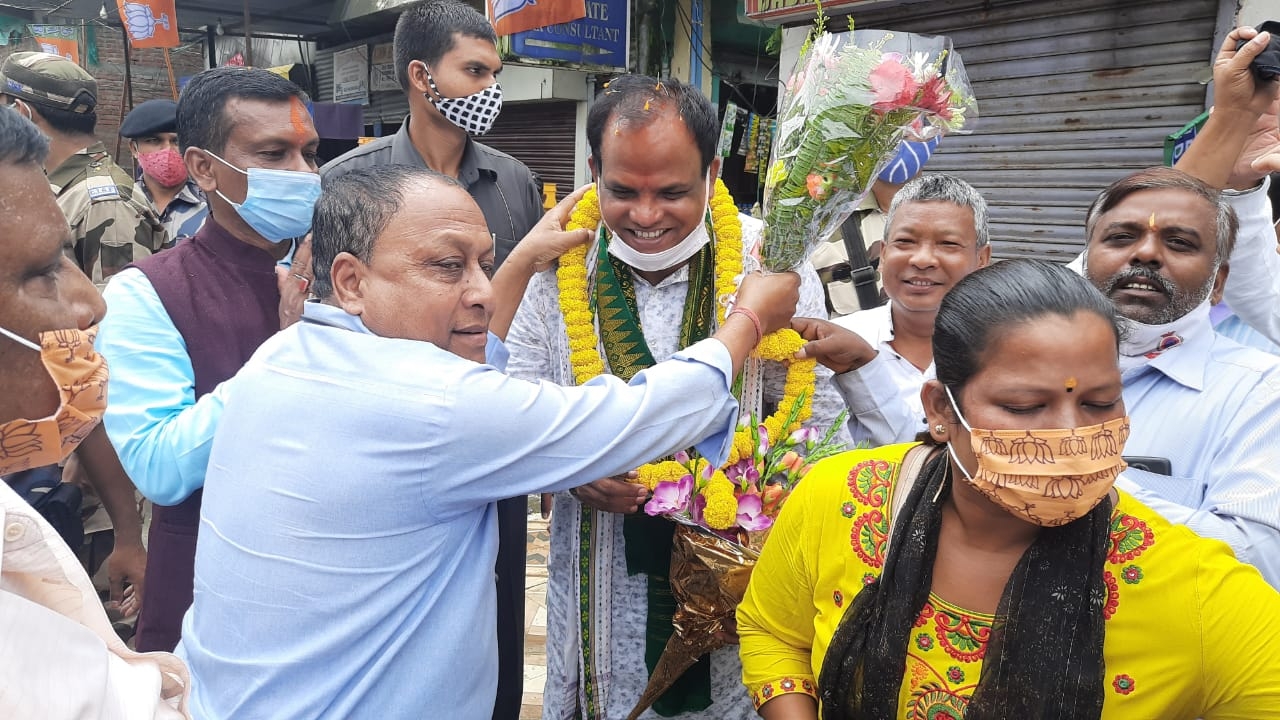 West Bengal: MoS John Barla and Nisith Pramanik were stopped by police during their Shahid Samman Yatra in North Bengal.

Alipurduar police claimed that since they didn’t have any idea about the procession by the saffron camp for which they had stopped the BJP’s program.

Following the tussle, MoS John Barla was seen sitting on the road and agitating seeking permission from police to continue with their program.

“I am a central minister and with the people's mandate I have become the MP. Police are behaving at the behest of the TMC and are not allowing us to carry on with our party programs,” said Barla.

In Mainaguri in North Bengal, MoS Nisith Pramanik and Narayani Sena along with him were also stopped as they went to a temple to offer homage.

“This obstruction by the police is nothing new and the TMC undemocratically is trying to stop BJP but the BJP has pledged to work for the country and West Bengal so amidst odds the BJP will carry on with their programs,” said Nisith.

Notably, Nisith was also seen handing over a cheque of rupees one lakh to a wife of a deceased BJP cadre who had died in a brawl with the TMC in December last year.

TMC leader Sourav Chakraborty said that the police had stopped Narayani Sena in keeping with the ongoing pandemic.

“Even Prime Minister Narendra Modi doesn’t go with 80 cars but leaders like Nisith were seen moving with 80 cars for which in order to curb the spread of COVID the police had restricted them,” claimed Chakraborty.