Till 11 a.m. on Friday, the agitations were restricted to Thakurnagar under Bangaon sub-division and Bhatpara under Barrackpore sub-division, both in North 24 Parganas district.

The wave of agitations against Agnipath, the proposed short-term entry scheme to the armed forces, on Friday reached West Bengal.

Till 11 a.m. on Friday, the agitations were restricted to Thakurnagar under Bangaon sub-division and Bhatpara under Barrackpore sub-division, both in North 24 Parganas district.

Meanwhile, authorities informed that nine trains were cancelled and nine trains have been short terminated due to ongoing student agitation at various stations in the railway zone.

At Thakurnagar railway station a group of youths blocked the railway tracks, thus disrupting the normal train service in the busy Sealdah- Bangaon line under Eastern Railway for quite some time.

The rail blockade was withdrawn after about two hours following the intervention of the police.

Another group of agitators started marching towards the ancestral residence of the BJP Lok Sabha member from Bangaon and the Union minister of state for ports, shipping and waterways, Shantanu Thakur at Thakurnagar somewhat the same time.

They were shouting slogans and holding posters demanding the scrapping of the Agnipath scheme.

Meanwhile, another group of agitators at Bhatpara under the Barrackpore sub-division blocked roads and were agitated by burning motor tyres on the streets. There were reported instances of the agitators seen pelting stones at public vehicles following which the glass window shields were smashed.

While agitating they were carrying the national Tricolour.

Trinamool Congress state general secretary and the party spokesman, Kunal Ghosh said that the Union government and BJP are trying to make a joke of the rich heritage of the Indian armed forces. “Protests are bound to recur over such absurd proposals,” he said.

The CPI-M central committee member and the former leader of the Left legislative parties in the West Bengal Assembly, Dr Sujan Chakrabarty said that just as the West Bengal government under the leadership of the Chief Minister Mamata Banerjee had replaced regular police with civic volunteers, the Union government under the leadership of Prime Minister is trying to replace regular soldiers with civic soldiers.

BJP’s national vice president and party MP, Dilip Ghosh said that it is a matter of enquiry whether the agitations are conducted by ordinary job-seekers or by goons enjoying political patronage.

Read Also
Agnipath: Mobs set trains on fire in several states, demand withdrawal of scheme; all you need to... 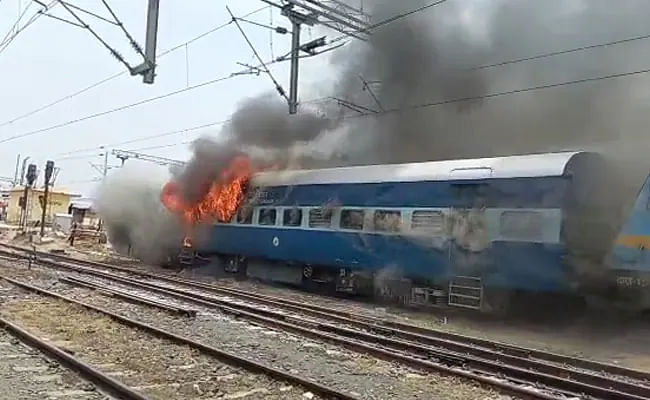