The information regarding the incident was received from DDU hospital.

Police said the incident took place around two to three days ago.

The victim told police that she was sexually assaulted by an unidentified man.

A case was registered under section 376 (punishment for rape) of the Indian Penal Code at Dabri police station, Deputy Commissioner of Police (Dwarka) Shankar Choudhary said.

During investigation, on technical evidence, the accused was nabbed and sent to judicial custody, the DCP said.

The incident came to light when Delhi Commission for Women chairperson Swati Maliwal tweeted about the same.

"On May 25, a blind girl mistakenly got down at another bus stop. A man took her to the street on the pretext of helping her cross the road, but raped her. Police have arrested the man. I met the girl and we are completely helping her. But really -- is there no limit to the animalistic mentality!" she said on Twitter in Hindi. 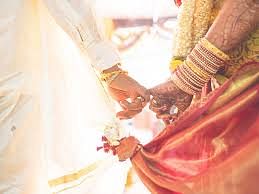