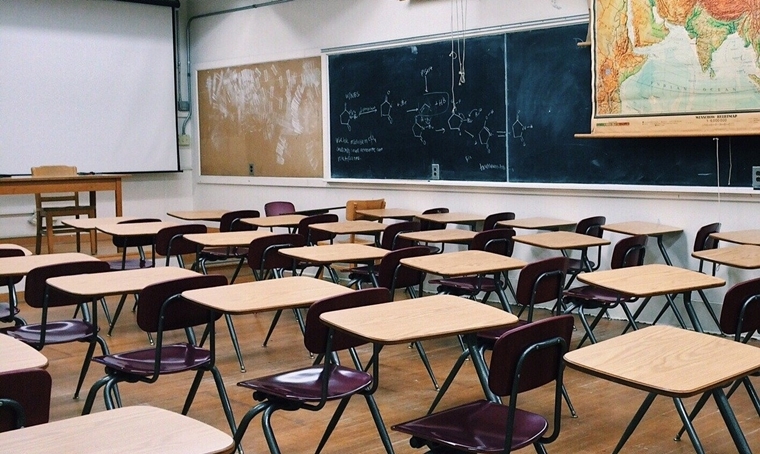 Anamika Shukla, who was in the limeight for working in 25 schools for months and managed to withdraw a salary of Rs 1 crore, has now been arrested on Saturday.

May sound impossible but she was a full-time science teacher employed in the Kasturba Gandhi Balika Vidyalaya (KGBV), and was working simultaneously in multiple schools in districts like Ambedkar Nagar, Baghpat, Aligarh, Saharanpur and Prayagraj, among others.

The matter came to light when a database of teachers was being created.

The digital database of teachers on the Manav Sampada portal required teachers' personal records, date of joining and promotion.

Once the records were uploaded, it was found that Anamika Shukla, with the same personal details, had been listed at 25 schools.

Director general of school education, Vijay Kiran Anand, said a probe is under way to ascertain the facts about this teacher who has gone incommunicado.

"It is surprising that the teacher, Anamika Shukla, was able to do this despite real-time monitoring of teachers' attendance in UP primary schools.

"How can a teacher mark her presence at several places even when they are supposed to mark their attendance online on the Prerna portal? It needs a thorough probe," said the official who had first received a complaint about the teacher in March.

According to the records in all the schools, Shukla was on the rolls of these schools for over a year.

KGBV is a residential school for girls from weaker sections and teachers are appointed on contract. They are paid approximately Rs 30,000 per month. Each block in a district has one Kasturba Gandhi School.

Anamika has taken home Rs one crore as salary from these schools over 13 months till February 2020.

A native of Mainpuri, Anamika Shukla was last found working in Rae Bareli's KGBV till February, when her forgery came to light.

The basic education officer in Rae Bareli, Anand Prakash, said that the Sarva Shiksha Abhiyan office had issued a letter to six districts to check about a teacher named Anamika Shukla.

"Though Rae Bareli was not named in the list, we did cross check and found the woman working at our KGBV also. A notice was issued to her but she did not report back. Her salary was immediately stopped," he said.

He said that due to the lockdown, the inquiry could not proceed but now records will be verified. It is yet to be ascertained if Shukla was using the same bank account for salaries from different schools.