Lucknow: The Uttar Pradesh government has extended the free ration scheme for the next three months which will benefit 15 crore people of the state, said Chief Minister Yogi Adityanath on Saturday.

The decision to extend the free ration scheme in the state was taken during the first cabinet meeting held earlier today.

"In the cabinet meeting today, we have decided to extend the free ration scheme for the next 3 months. It will benefit 15 crore people of the state," said the Chief Minister.

"In the first cabinet meeting today, we have extended the free ration scheme for the next 3 months. For this, the govt will spend Rs 3,270 crore. It will benefit 15 crore people," he added.

The Chief Minister chaired the first cabinet meeting at 10 am on Saturday in Lok Bhawan, Lucknow.

Earlier on Friday, Adityanath took oath as the chief minister of the state in a jam-packed Atal Bihari Vajpayee Ekana Cricket Stadium in Lucknow having a crowd of more than 50,000 in attendance. A total of 52 ministers took oath as ministers, including two deputy Chief Ministers.

As per the eligibility prescribed under the National Food Security (NFS) Act 2013, five kg of foodgrains is given free of cost to the needy people including migrant workers, unorganised workers, construction workers, domestic helpers, and those who do not have ration cards. Of this 5 kg food, 4 kg is wheat and 1 kg is rice per person per month.

The free ration scheme for the economically weaker sections was started during the corona pandemic period. The scheme was supposed to last till November 2021 but the Centre extended Pradhan Mantri Garib Anna Yojana till March 2022. 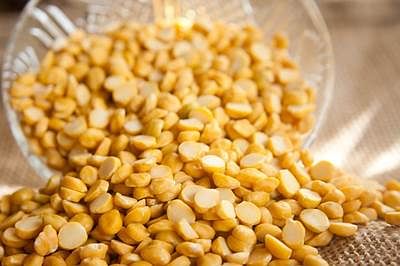