If charges of fraud are proved, her husband can face three years imprisonment or with fine and Krishna will also be punished for allowing her husband to wear the police uniform and the official insignia
Law Kumar Mishra 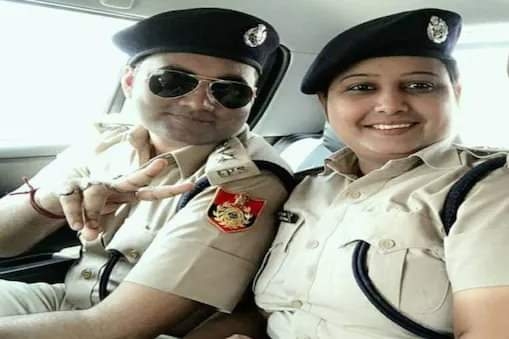 Patna: Reshu Krishna, a newly appointed deputy SP of Bhagalpur, is in trouble for posting pictures on Facebook with her husband, who was dressed as an IPS officer even though he is not a government official.

The couple is seen posing in uniforms in an official police vehicle with the husband making a victory sign. Krishna secured 13th position in the joint competitive examination conducted by Bihar public service commission.

Following a complaint received by the PMO, the Centre has now ordered an inquiry. Director general of police, S K Singhal, has directed Bhagalpur senior SP to conduct an investigation about the conduct of the newly posted deputy SP as she violated provisions of section 140 of Indian Penal code. If charges of fraud are proved, her husband can face three years imprisonment or with fine and Krishna will also be punished for allowing her husband to wear the police uniform and the official insignia. Krishna refused to say anything but claimed she had taken down the controversial photo from Facebook.

But Krishna is not the only official to abuse her position of power. On July 23, one of her batchmates was sent to jail for murdering his friend. The officila was posted in Bihar but went to Tilaiya dam in Jharkhand without taking any official leave and shot his friend with his official weapon.

Last week, a woman was arrested from Ashoknagar at Ranchi for posing as an a probationary assistant collector. She had prominently displayed IAS after her name on the nameplate, hired private security guards and provided them police uniform. She was arrested by Argora police station and sent to Birsa Munda jail.