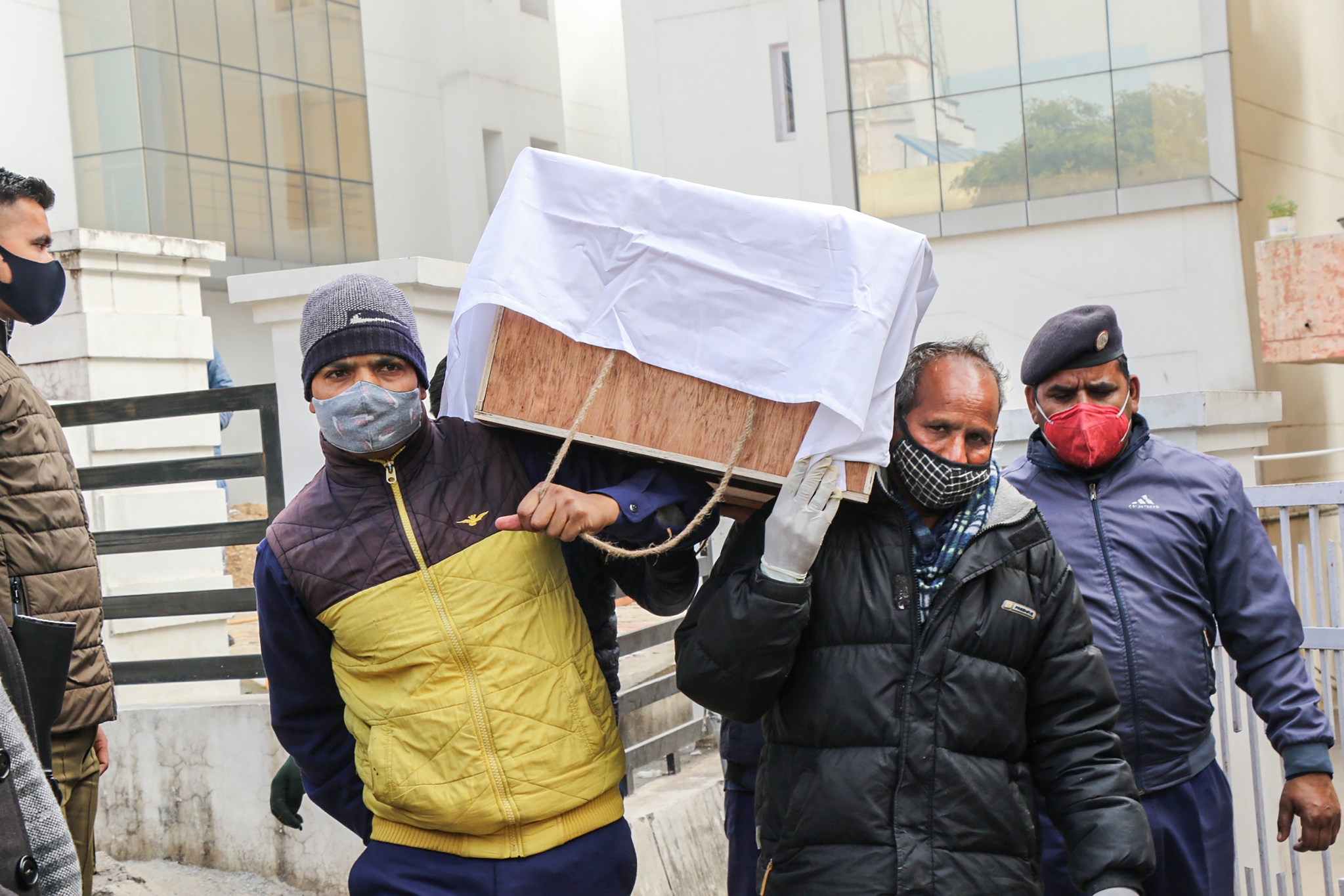 Reasi: Bodies of Mata Vaishno Devi shrine stampede victims being kept at a Community Health Centre at Katra, in Reasi district, Saturday morning, Jan 1, 2022. At least 12 people were killed and 20 others injured in a stampede at the shrine in Jammu and Kashmir triggered by a heavy rush of devotees. | (PTI Photo)

The Uttar Pradesh government on Saturday announced an ex-gratia of Rs 2 lakh to the kin of Vaishno Devi shrine stampede victims from the state, news agency ANI reported.

Earlier in the day, PM Modi approved an ex-gratia from the Prime Minister's National Relief Fund (PMNRF) for the victims of the stampede.

"An ex-gratia of Rs 2 lakh each from PMNRF would be given to the next of kin of those who lost their lives due to the stampede at Mata Vaishno Devi Bhawan. The injured would be given Rs 50,000," the Prime Minister's office tweeted.

Expressing deep grief over the loss of lives, he said all efforts are being made to provide relief to those injured in the unfortunate incident.

Speaking at an event for release of funds to farmers under PM-KISAN scheme, Modi said he spoke to Jammu and Kashmir (J&K) Lt Governor Manoj Sinha in this regard.

"I express my deep condolences to the bereaved families who have lost their loved ones in the stampede at Vaishno Devi Bhawan complex," he said.

Modi further said the central government is in constant touch with the J&K administration and full care is being taken for relief work.

For the unversed, at least 12 people died and over a dozen were injured in a stampede at the shrine triggered by a heavy rush of devotees in the early hours of Saturday.

The stampede occurred around 2.30 am near gate number three outside the sanctum sanctorum of the shrine located atop the Trikuta hills, about 50 km from Jammu.