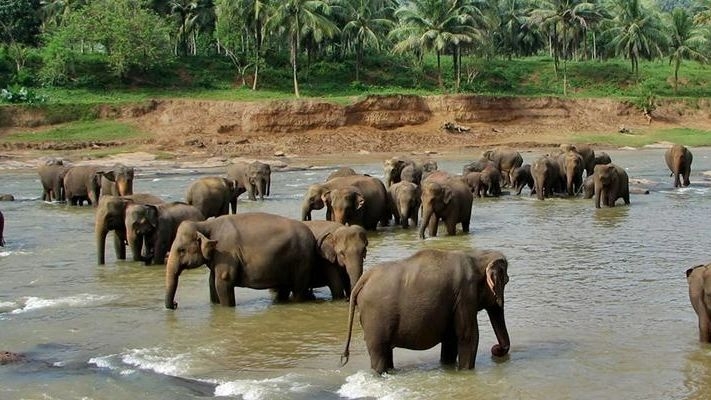 Bijnor (UP): Forest officials in Najibabad elephant reserve and Amangarh Tiger reserve of Uttar Pradesh are now monitoring the behaviour of elephants after two pachyderms apparently died fighting each other in separate incidents.

The forest department authorities on Sunday found the carcass of a 10-year-old elephant in Kaudiya range in Bijnor's Najibabad elephant reserve.

A month ago, a 40-year-old jumbo was found dead in a six-foot-deep ditch, about 10 km from the guest house.

Wildlife experts claim that their injury marks indicated that both had died fighting with other, probably for territory or mate.

Manoj Shukla, Najibabad's divisional forest officer (DFO), said, "Both were adults. It is rare for elephants of this age to fight."

Now, the foresters are monitoring the activities and movement of an elephant herd spotted in Kaudiya range to ascertain the reason for infighting among the tuskers.

Shukla said, "Going by the condition of the 10-year-old elephant's carcass, it seems that the jumbo died in a fight between two elephant herds. This was apparent from the number of trees that lay on the ground, ripped off their roots. The staff had heard loud trumpets at night."

He said the battle between herds is a matter of concern as there are at least 100 elephants in the Najibabad division.

"Our staff has been put on alert and they are monitoring jumbos' activities," he said. Anil Kumar Patel, Bijnor divisional forest officer, said there are times when an adult elephant turns rogue and becomes a nuisance for its own herd. The herd turns against its own member, and tries to drive it out. The result can be a bloody and fatal battle. This is what is believed to be the cause for the jumbo's death in Amangarh.

"The dead elephant sustained many deep gashes and contusions. After losing the battle, it may have tried to flee and fell into a deep ditch and bled to death there," he said.