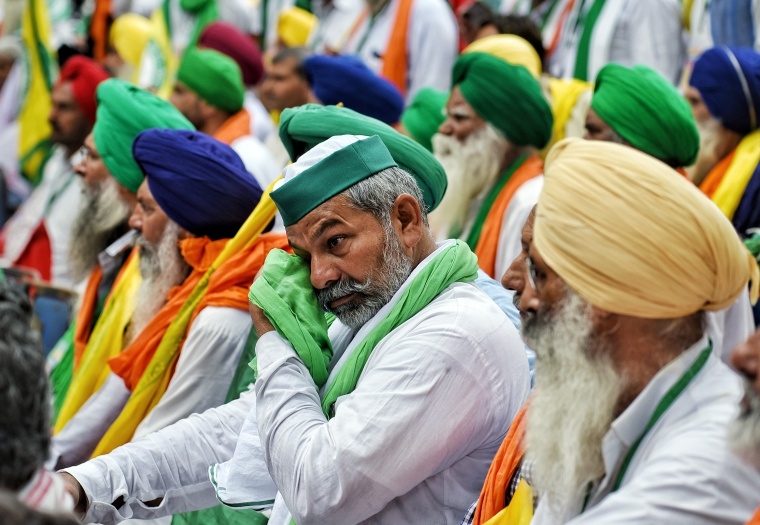 Bharatiya Kisan Union (BKU) leader Rakesh Tikait along with farmers attend Kisan Sansad during a protest against the three farm laws amid the Monsoon session of the Parliament, in New Delhi | ANI

Bhartiya Kisan Union (BKU) leader Rakesh Tikait on Monday hit out at the government, accusing it of trying to divide the farmers, and said it should talk to them to resolve their issues else “we are not going away”.

The farmer leader also said that Prime Minister Narendra Modi should give a clear answer on the demand for a law guaranteeing Minimum Support Price (MSP) that he had “supported” when he was the chief minister. “It took one year for us to make them understand. We said our things in our own language but those sitting in shining bungalows in Delhi had another language,” Tikait said, addressing a mahapanchayat called by the Samyukta Kisan Morcha (SKM), an umbrella body of the agitating farmer unions, on the MSP issue.

“They understood in one year that these laws are harmful and took the laws back. They did the right thing by withdrawing the laws but tried to divide farmers by saying that they failed to make some people understand the laws. We are some people,” Tikait said.

He was referring to Prime Minister Modi's apology while announcing the decision on Friday to withdraw the three central farm laws against which the SKM was agitating.

Tikait said that a ‘sangharsh-vishram’ (ceasefire) has been declared by the government and not farmers and that there are many issues before the peasants. “The struggle will continue. The government should talk to farmers about the issues related to them, else we are not going to go away. Meetings will be held all over the country and we will tell the people about your work,” he said.

Talks between the government and the agitating unions over the three farm laws were stalled in January after nearly a dozen rounds of discussions failed to break the deadlock.

Urging people to join the farmers' movement, Tikait said, “They will entangle you all in Hindu-Muslim, Hindu-Sikh and Jinnah and will keep selling the country.” Tikait said farmers will not get the right rate of their produce by apology but by framing a policy and contested the claim that a committee has been made for MSP.

He claimed that as chief minister of Gujarat, Modi was part of a committee that had suggested to the then prime minister Manmohan Singh that a law guaranteeing MSP was required. “The report of this committee is lying in the PMO. There is no new committee required nor the country has more time,” Tikait said. 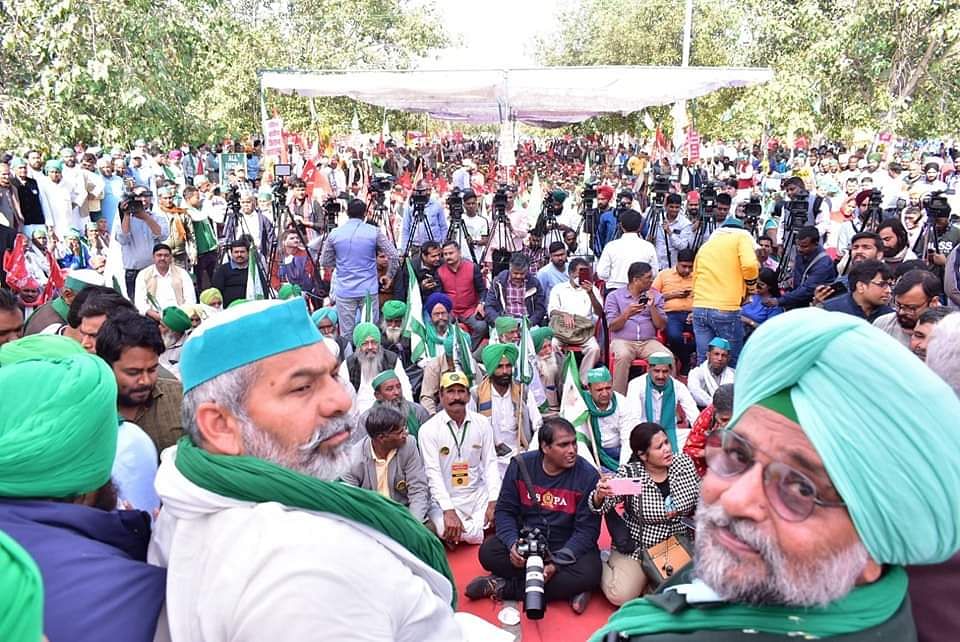 Watch video l Besides withdrawal of agri laws, many farmers' issues need to be resolved: Rakesh...