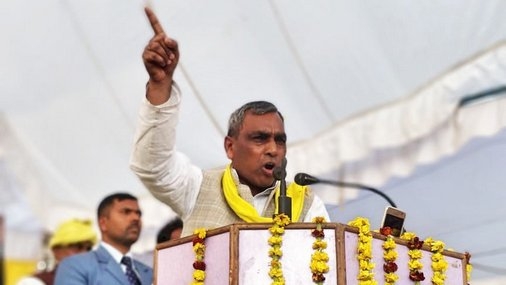 Jhansi (Uttar Pradesh): Om Praaksh Rajbhar, former Uttar Pradesh minister and president of Suheldev Bhartiya Samaj Party (SBSP) has said that if an alliance government is formed by the Bhagidari Sankalp Morcha in the state after the 2022 Assembly elections, then there will be five chief ministers and 20 deputy chief ministers, representing all marginalised castes.

Addressing a programme in Jhansi organised by 'Khangar' community on Tuesday, he said, "There will be one chief minister for each year in the five years of the government's term. All these chief ministers will belong to marginalised communities. Similarly, we will have 20 deputy chief ministers representing various weaker sections of the society."

Explaining his statement further, Rajbhar said, "When there can be two deputy chief ministers in the state in a complete majority government in UP, five in Andhra Pradesh and two in Bihar, why not represent all the marginalised castes that have been looked down so far?"

He said, "We have made alliances with all the parties that represent small and marginalised people, whose interests have been suppressed so far. Hence, it is now their turn to form the government." Rajbhar said that the common agenda of the alliance include free electricity for domestic consumption for the entire five years. In addition, there will be free and common education for all along with free medical treatment.

"Also, we will ensure a caste-based census in the state and give 33 per cent representation to women," he said.

Referring to the BJP, he said that "it is a sinking ship which had earlier won just because of me and Anupriya Patel".

"BJP is a lying machine which only lies and does nothing. It is a washing machine in which a criminal is put in and he comes out with a clean image. That is why they are inducting so many leaders with a tainted image and trying to give them a clean image," he added.

The Bhagidari Sankalp Morcha is a political alliance formed by Rajbhar for the 2022 Uttar Pradesh Assembly elections and includes the AIMIM. The coalition is led by the SBSP. 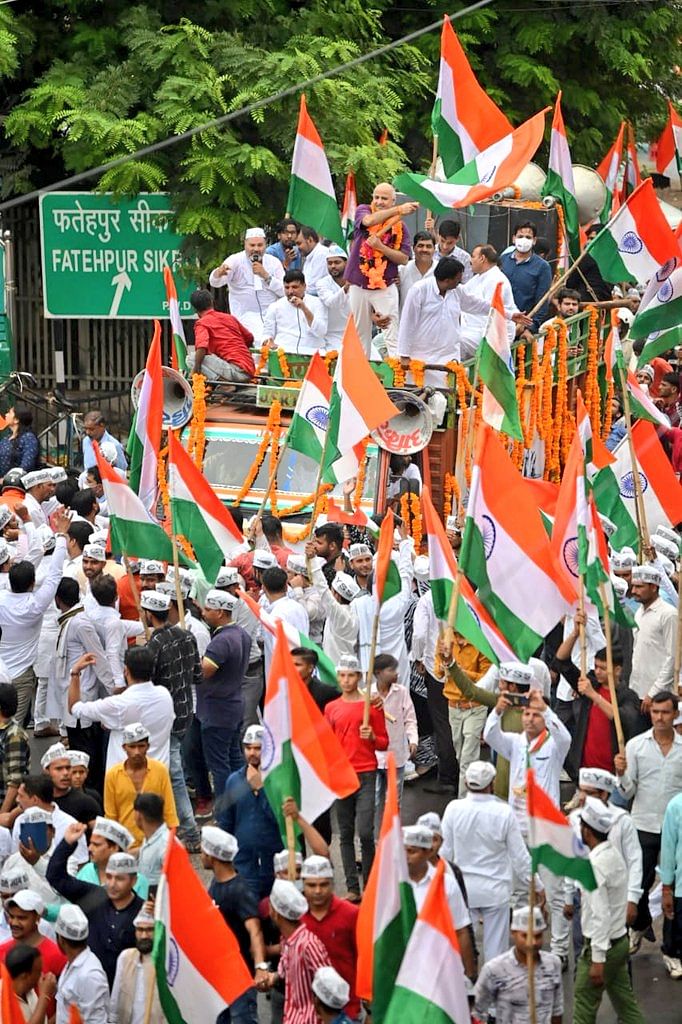 UP assembly polls: Delhi deputy CM among 17 AAP leaders booked for breaking COVID-19 norms - All you...