The fierce battle of Uttar Pradesh Vidhan Sabha election has begun with almost every political party trying its level best to woo voters. On Tuesday, the Samajwadi Party chief Akhilesh Yadav began his campaign with the launch of Vijay Rath Yatra in the state. Toeing the lines of Aam Adami Party (AAP) Akhilesh too promised free electricity and irrigation facilities to farmers if voted to power. The Yatra was kicked off from Ganga Ghat in Kanpur where a boy named Khajanchi who was born during the demonetization period flagging it off. The Yatra would cover entire Bundelkhand region in the first phase.

With the beginning of Yatra SP Chief got a shot in the arm as former Member of Parliament and state vice-president of congress Rajaram Pal joining him. Pal announced to leave congress and join SP fold on this occasion.

Addressing a huge gathering on the launch of Vijay Rath Yatra, SP Chief Akhilesh said that his motive is to save the Ganga-Jamuni culture of UP and rebuild it. He said that in the first phase the Yatra will cover areas falling between the river of Ganga and Yamuna which including four districts of Kanpur city, Kanpur rural, Hamirpur and Jalaun. Yadav said that Samajwadi Vijay Rath Yatra is aimed at restoring the right and honour of farmers and youths.

While addressing a meeting at Ghatampur powerhouse, Akhilesh said that corruption is ruling the roost in BJP regime and there is no check on inflation. He said that from poor, farmers to youth everyone is disappointed in this government, which is busy in selling public properties. He accused that conspiracy is being hatched to scrap reservations to certain communities.

Akhilesh Yadav f said that the enthusiasm of public shows that BJP would not come back to power and SP would get 400 seats in the coming UP elections. He mocked saying that Baba (read Yogi Aditiyanath), Bull and Bulldozer will go and SP will win with the help of farmers, youth, backwards, dalits, minorities and traders.

While talking to media before the start of Yatra, SP chief said that farmers are the wretched lot in UP and were being crushed in Lakhimpur. He said that if BJP is not removed from power it would crush the constitution one day.

Read Also
'Those who can mow down farmers can trample upon the Constitution too': SP chief Akhilesh Yadav amid... 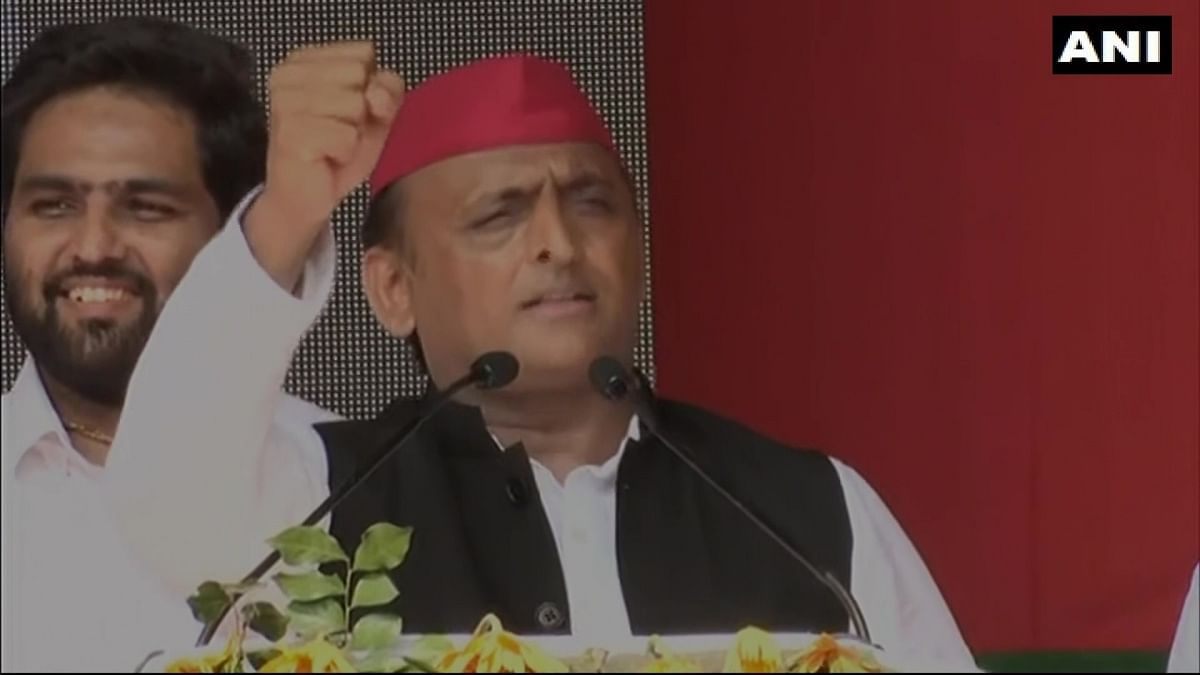