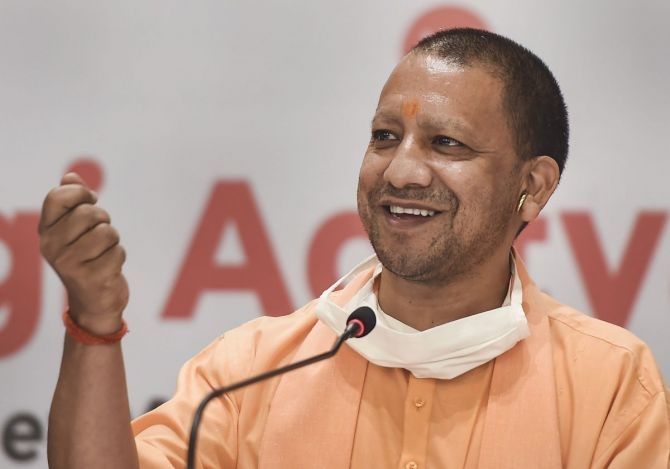 Lucknow: Ahead of assembly polls, the game of poaching is on in Uttar Pradesh.

In a big blow to Akhilesh Yadav’s mission UP, sitting Samajwadi legislator Subhash Pasi joined Bhartiya Janta Party (BJP) on Tuesday. Two-time legislator from Saidpur, Gazipur district, Subhash Pasi had been a prominent Dalit face of SP in east UP. Along with Subhash, his wife and national secretary of Samajwadi Mahila Sabha, the women wing of SP, Reena Subhash Pasi too resigned from party and joined BJP.

Before joining BJP, Pasi had met with the union home minister Amit Shah and UP Chief Minister Yogi Adityanath on Monday evening. On Tuesday he joined BJP at the party headquarter in Lucknow in the presence of state president Swatantra Deo Singh. Along with Subhash Pasi, former legislator from Unnao Shekhar Pasi too joined BJP. Senior BJP leader and former state minister for home in Maharashtra, Kripa Shankar Singh was also present on this occasion. According to insider, Kripa Shankar played a major role in persuading Subhash Pasi to join BJP. Pasi was irked with SP Chief Akhilesh Yadav after the later forged an alliance with Om Prakash Rajbhar. Rajbhar’s party has a strong presence in Gazipur, the home district of Subhash Pasi and could get a major share in the seat sharing with SP there.

According to a senior BJP leader, many more leaders from other parties might join it in the days to come. Till now, Akhilesh Yadav had an upper hand in bringing leaders from other parties to his fold. Last week six sitting legislators from Bahujan Samaj Party (BSP) and one from BJP had joined SP. Many big names from congress including state vice-president Pankaj Malik, former Rajya Sabha member Harendra Malik too had joined SP last week.