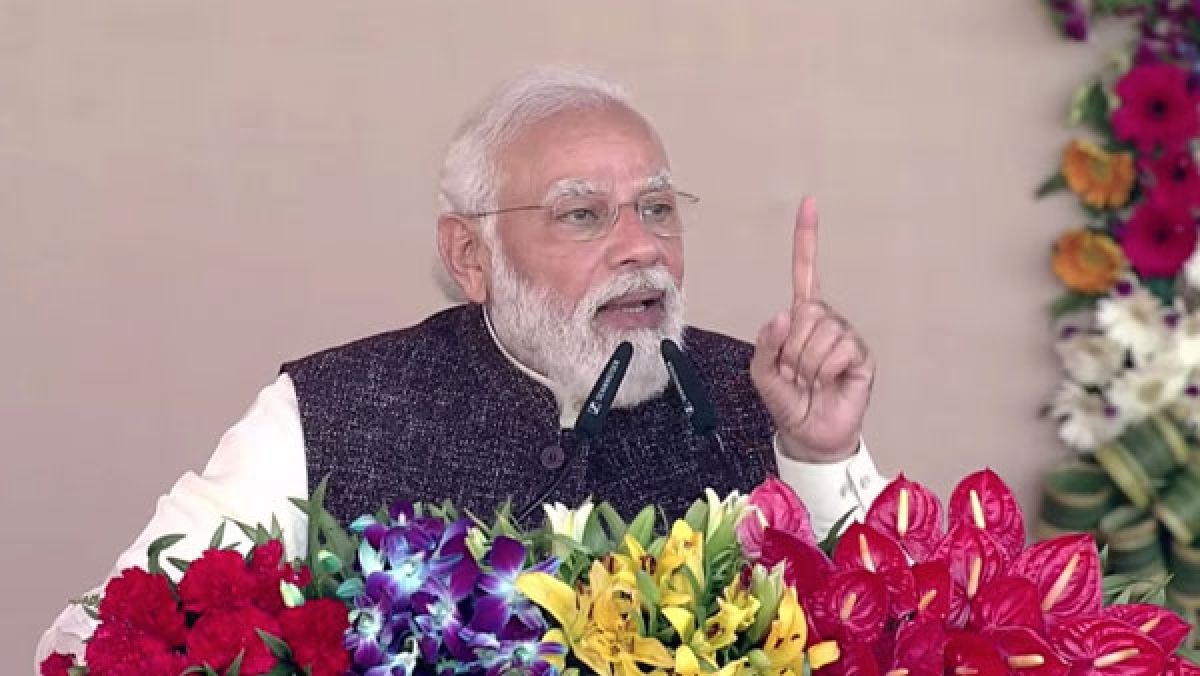 Prime Minister Narendra Modi on Saturday launched a scathing attack on the opposition parties ahead of the Uttar Pradesh Assembly Polls as he laid the foundation stone of the Rs 36,230 crore Ganga Expressway project in the state.

At the mega event, PM Modi who is known for his humor and punch lines, said, "today...when mafias face the bulldozer, the bulldozer razes illegal construction but the pain is felt by those who nurture them. That is why the people are saying - 'UP + Yogi. Bahut hai Upyogi' (UP+ Yogi is very useful)."

His comments come on a day when former UP Chief Minister and Samajwadi Party chief Akhilesh Yadav's aides were raided in different parts of the state, including Mainpuri. Shortly after the tax searches started, Yadav accused the BJP of misusing the central probe agencies.

Hours later, the Prime Minister replied at the former Chief Ministers in his speech.

"That day is not far when UP will be identified as the most modern state with next-generation infrastructure. The network of expressways in UP, the new airports being built, new rail routes being laid down are bringing several blessings to people of UP simultaneously," PM Modi said today.

Meanwhile, the PM while laying down the foundations for the Ganga Expressway in Shahjahanpur said that Uttar Pradesh is likely to soon be identified as the a modern - developed state with all the latest infrastructure being built by the dual-engine government.