UP polls: Owaisi to start 3-day tour from Ayodhya

Lucknow: In a bid to connect with voters ahead of Uttar Pradesh ahead of Assembly polls, All India Majlis-e-Ittehadul Muslimeen (AIMIM) chief Asaduddin Owaisi is scheduled for a three-day visit to the state starting from Tuesday, said sources.

As per sources, Owaisi will start his UP tour from Ayodhya on September 7, where he will address the "Vanchit Shoshit Sammelan" in Rudauli town. "After that, the next day on September 8, AIMIM chief has a program in Sultanpur. Then on September 9, the last day of the tour, Owaisi will go to Barabanki," they added.

The Hyderabad MP had earlier announced that AIMIM will contest 100 seats in Uttar Pradesh polls scheduled early next year.

At present, there are 110 Assembly constituencies where Muslim voters make up around 30-39 per cent. On 44 seats, this percentage rises to 40-49 per cent while on 11 seats, the Muslim voters are around 50-65 per cent.

Owaisi had earlier visited Lucknow and has been in talks with smaller political outfits. He is also part of 'Bhaagidari Sankalp Morcha'.

In the 2017 Assembly elections, AIMIM fielded its candidates on 38 seats but could not manage to win even a single constituency. It decided not to contest the 2019 Lok Sabha polls in Uttar Pradesh, however, Owaisi campaigned against the Bharatiya Janata Party (BJP).

In 2017, the BJP won a landslide victory winning 312 Assembly seats. The party secured a 39.67 per cent vote share in the elections for 403-member Assembly. Samajwadi Party (SP) bagged 47 seats, BSP won 19 while Congress could manage to win only seven seats.

Read Also
'He is just a child, knows nothing about international politics': AIMIM chief Asaduddin Owaisi on CT... 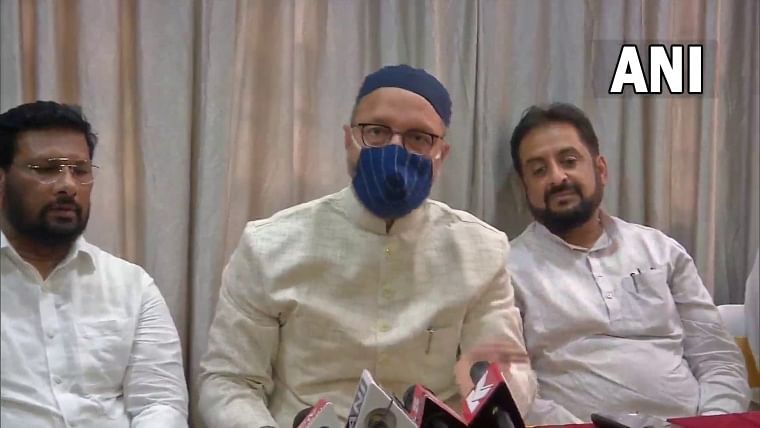 UP: Doctors remove 62 spoons from 32-year-old patient's stomach in Muzaffarnagar

Who is Vijay Nair? Know about AAP leader who got arrested by CBI for sexual misconduct