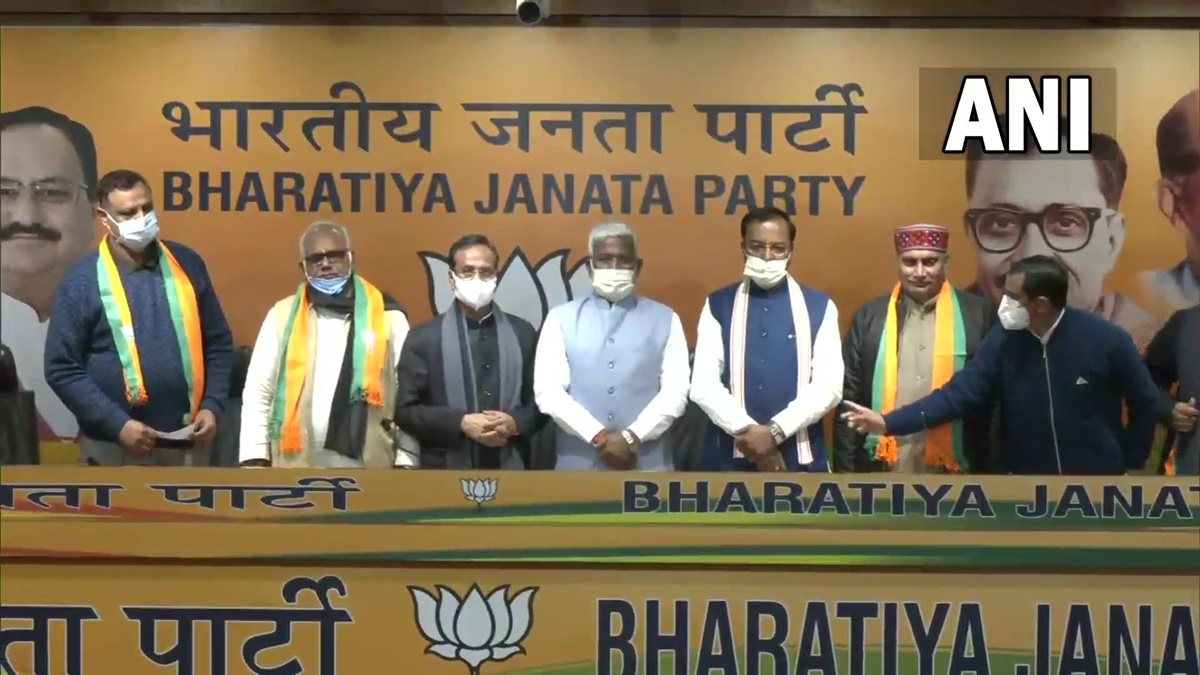 Shocked over the exit of powerful backward leader and cabinet minister Swami Prasad Maurya along with three legislators, the ruling Bhartiya Janta Party (BJP) has started damage control exercise. On Wednesday, BJP managed to grab two sitting legislators, one each from Samajwadi Party and Congress party along with a few other leaders. However, another influential Gujjar community leader and BJP legislator from west UP Awtar Singh Badana left the party to join Rashtriya Lok Dal (RLD).

Meanwhile, Swami Prasad has said that he would announce a future course of action on Saturday and a few big names from BJP would join Samajwadi Party.

On Wednesday, Congress legislator from Behat seat in Saharanpur district, Naresh Saini joined BJP in Delhi. Saini is close to Congress national secretary Imran Masood who had quit the party two days back to join Samajwadi Party. Earlier it was assumed that Saini too would join Samajwadi Party but he preferred BJP.

BJP legislator from Meerapur, Muzaffarnagar in west UP, Awtar Singh Bhadana left BJP to join RLD. Bhadana accused BJP of not giving due respect to his Gujjar community. He was four-time MP from Faridabad, Haryana and Meerut in UP and has been with congress earlier before joining BJP in 2017.

Meanwhile, Swami Prasad Maurya who quit BJP on Wednesday has said that he would announce about the future course of action on Saturday along with a large number of his supporters. Maurya admitted to have spoken with top leaders of BJP after quitting the party but reiterated on his stand of joining SP. He said that there is no chance of reconsidering his decision and going back to BJP. Maurya said that now he would not attend any calls from BJP leaders. He said that whatever achievements made by his department were of his own and BJP has no role in it.

According to Samajwadi Party leaders, a few more ministers and sitting legislators of BJP might resign in days to come and would join Akhilesh Yadav.